The weirdness and awesomeness of Fender Japan

In America, we sometimes see a few Fender Japan guitars make their way into guitar stores. Most of the time, it's for a signature model such as the Fender Mustang Kurt Cobain signature model; that's a Japan build 100%.

However, there are plenty of other Fender Japan models, such as the Telecaster TL69 seen above, that you will only find in specialty guitar shops, or online-only.

A lot of what Fender Japan makes are home runs. But then there are certain models that are weird for one reason or another.

Here are a few of them. Both the hits and the misses. 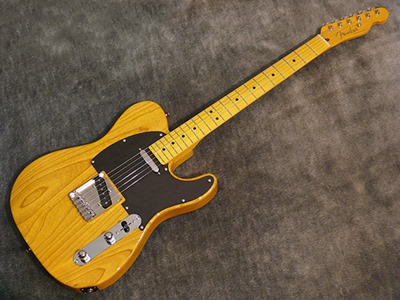 At first, this looks like a plain '52 reissue Telecaster, but it isn't. This is a 22-fret model. Most Fender purists would go nuts even looking at this thing, because it's not true to '52 specs because of that extra 22nd fret, but there it is, and it exists.

Hit or miss? I consider this a hit, even though I prefer 21-fret Fender guitars. 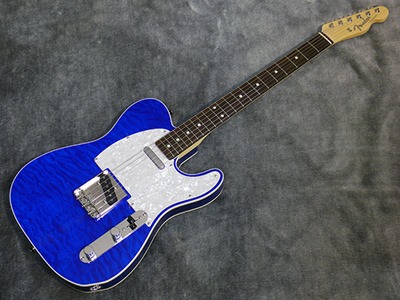 This Tele is based on a '62 profile. The B means bound body and the QT means Quilted Top. And yeah, it is in disgusting candy blue, which makes the guitar look toy-like.

Hit or miss? Definitely a miss. Thankfully, it's a short-run 2014-only model.

This is something Fender USA wouldn't dare release in America. Never in a million years. But Fender Japan has the balls to do it.

It's a Strat with '62 profile, HSS pickup layout, Floyd-Rose tremolo system and all-black hardware and plastics. Even the screws are black.

The headstock just says Fender and nothing else: 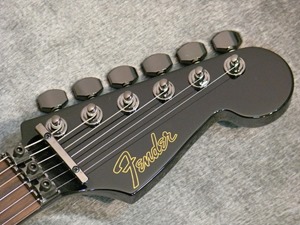 Also, your eyes are not deceiving you. There are only 2 knobs on this Strat and not the standard 3.

If Fender USA released this guitar in America, Fender purists would probably spit on it. That makes this guitar a hit. Anything that ticks off the purists is something I totally approve of. 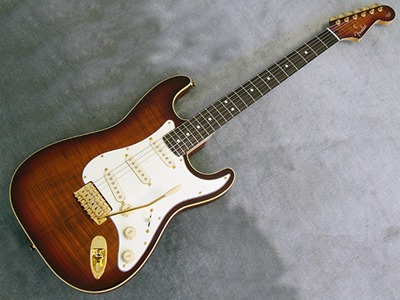 This is one the purists would approve of because it has a coffee table look and has gold hardware all over it, with color-matched headstock.

"A" probably means "artist," the "ST" after that means "Stratocaster," the "G" means "gold," and KOA means koa wood (in this case an alder body with koa wood top,) and that's what makes this particular Strat a special model.

I'm actually surprised Fender USA doesn't import a bunch of these, because the country guitar players would go gaga over it.

The last Strat I'll show before moving on is to me the weirdest and most awesome of the bunch at the same time.

This is the Fender Japan Standard Stratocaster. And while it looks like a plain Strat, the closer you look, the more weird it gets.

At the pegboard, the Fender logo used is the one back from the 1990's, as in the silver with black outline version.

The plastics used are not aged white, but rather stark bright white.

The bridge is vintage 6-screw and not modern 2-point.

The tuners are modern semi-squared and not vintage oval.

The body material is - get ready for this - basswood. Not alder. Not ash. Basswood.

Hit or miss? I consider it a hit because it is absolutely my preferred configuration of Stratocaster.

There are demos of this guitar on YouTube. It sounds great.

Just about everything Fender Japan makes is good, but for any one of the guitars below, they are the kind I'd be proud to own and spend extra for, and I'll explain why for each.

Fender Jazzmaster, based on a '66 profile. It is for all intents and purposes a reissue 1966 model. And it's built exactly the way it should be.

When the time comes that I upgrade to a Fender Jazzmaster, it will be a JM66, no question about it.

Fender Jaguar, based on '66 profile. Just as good as the Jazzmaster in a Jag flavor. Best reissue Jag money can buy.

I don't like natural finishes ordinarily, and I don't like Fender Mustangs either, but I absolutely LOVE this guitar. It is the first and only Fender Mustang I've seen where I can say yes, I would buy it in a second (provided I had the money for it.)

For a 1970's-look guitar, the MG77 absolutely nails it. Also comes in a black version, too. 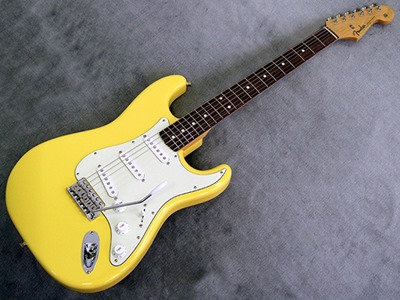 I don't know what "CYL" exactly means (Canary Yellow?), but I know what it looks like. That's Graffiti Yellow. I am very particular to certain yellows on Strats, and I'd love to own one in that color. Yes, I am saying I want it for the color alone. 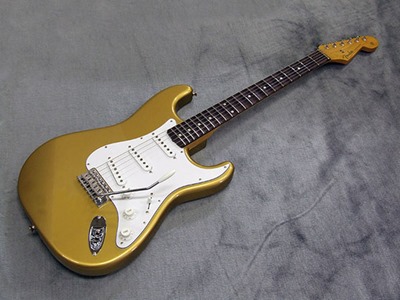 A gold Strat is cool, but that's not what's special about it. 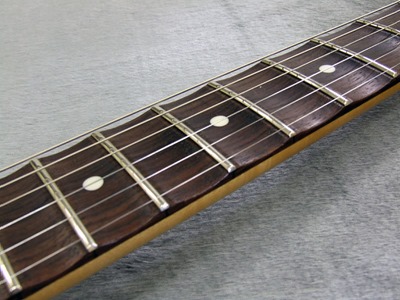 Yep. Scalloped fretboard. A rosewood scallop, no less. The maple board scallop version is the ST57/SC, but to see an actual real-deal Fender axe with a scalloped rosewood board? Unheard of, especially on a non-Malmsteen model. And Fender Japan makes it.

How come we almost never see these in America?

You'll note I said we almost never see these. Sometimes we do, because Fender Japan makes certain models that nobody else does.

I'm not going to tell you that Fender Japan makes guitars better than Fender USA does, because with every guitar maker there are hits and misses.

Personally, I prefer Asian builds over American builds. All my favorite guitars over the years have been Asian-made.

Why do I prefer Asian-made guitars? Because I prefer Asian guitar character, which is part of the reason I'm into Squier guitars so much.

I cannot describe what Asian guitar character is. All I can say is that you know it when you feel it in your hands and hear it with your ears.

In addition, I also consider Fender China (which is Fender Modern Player Series) to feel great and sound correct, because again, they have Asian guitar character to them. Not quite as on the mark as Fender Japan, but still very good and very deserved of the Fender name.

Now the reason I say all this is because if you decide to buy a guitar made by Fender Japan, yes it will be a Fender 100%. But it's a Japanese-made guitar.

For me, I am absolutely okay with that.

For you, you might not like it. It all depends what type of guitar character suits you best.

Or if you want Asian guitar character that's Fendery, cool and cheap, Squier is the only game in town. When you see stuff like the '72 Thinline Tele Semi-Hollow:

...that's the good stuff right there. Under $300 (at the time I write this) and ready to rock. That's what it's all about. Fender Japan is cool and all that, but wow... Squier's prices are incredible, and you get such a good guitar for the money.