What is a true military style watch? 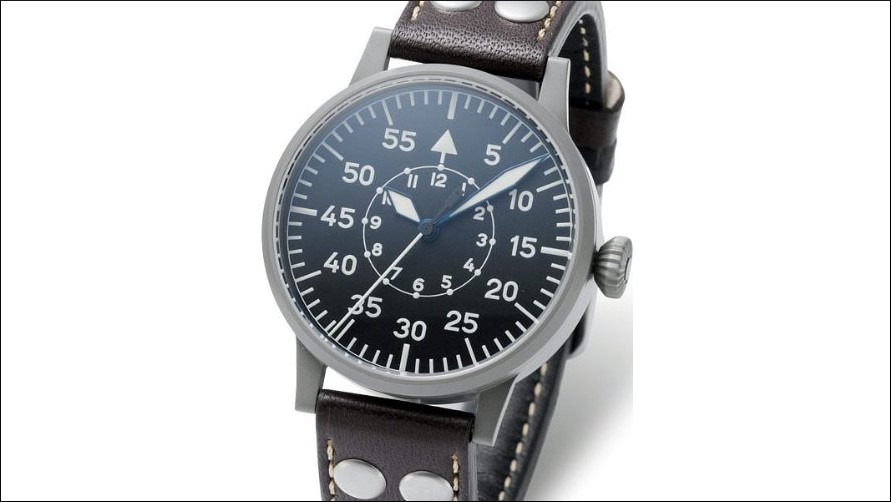 There was something I forgot to mention in my last article about what makes for a true military style pilot watch...

...and that's a thing called a sterile dial.

You will notice that when shopping for Laco "Type B" watches that one in particular is way more expensive than the others. There are a few reasons for this. The upper-tier model has blue-outline hands (as in the kind forged to be blue and not painted), a Swiss movement and something else. Absolutely no company logo on the dial at all.

A true military spec watch has absolutely no logos on it because the timepiece is built for purpose and not to advertise the company who made it. As such, the dial will not only have no logo but also no other text either. Not even a "made in [country of origin]" will be there. All you get are indices and nothing else.

The funny thing about sterile dials is that there are basically only two types. Really cheap and really expensive.

If you want a really cheap watch that has a sterile dial, just go to Walmart and look at the analog watches on the bargain rack that sell for under $15. Very easy to find.

If you want something better, Amazon has a few from Parnis, Bliger and Sea-Gull.

When you want top drawer stuff, Laco is basically the highest possible tier for a military spec sterile dial timepiece.

Why bother with a sterile dial?

There are some who are very anti-logo where watches are concerned and have no interest in seeing a brand when checking the time.

Personally, I don't mind brand logos on watches as long as said logo is subtle and not an in-your-face thing.

An example of a logo I hate is the Invicta brand. And I mean any Invicta watch. It just looks stupid.

Another logo I hate is the old Armitron logo because it looks like bad 1970s kitsch. The new Armitron logo however looks much better. When browsing Armitron watches, the old logo starts with a capital A and then small letters after that, all overly rounded and stupid looking. The new logo is all capital letters, all same height and looks a million times better. It really does.

Something that Casio does that really annoys me is not the Casio logo itself but all the garbage text all over so many of their timepieces, such as "5 ALARMS", "ILLUMINATOR", "10 YEAR BATTERY", "WORLD TIME", "ALARM", "CHRONO" and so on. I'm not talking about the text next to the pushers but rather just all this extraneous crapola all over both the dial and the case.

What companies do brand logos totally right? Omega, Orient, Seiko, Skagen and Timex (but only for analog non-Expedition models).

And of those 5, which are the top 3? In no particular order: Omega, Seiko, Orient. Each of those 3 have several models that really show what a proper logo should look like, both in appearance and size.

In the end, I don't mind watch logos. But it has to be the right design and right size for the dial.