My take on Rondo electric guitars

I sometimes get asked on what I think of Rondo guitars.

That answer depends on the kind of Rondo guitars you're talking about, because they basically make, well, everything.

END_OF_DOCUMENT_TOKEN_TO_BE_REPLACED

I made a mention of this on my Facebook page but wanted to put it here along with some extra info.

The entire reason almost nobody posts cover songs to YouTube anymore is because they don't want their channels taken down for copyright infringement.

Some people just aren't good at writing songs, so they choose to play cover songs instead, and that's fine. But what do you do if you want to post songs to YouTube that are "legal?"

There are 3 possible ways to do this.

END_OF_DOCUMENT_TOKEN_TO_BE_REPLACED 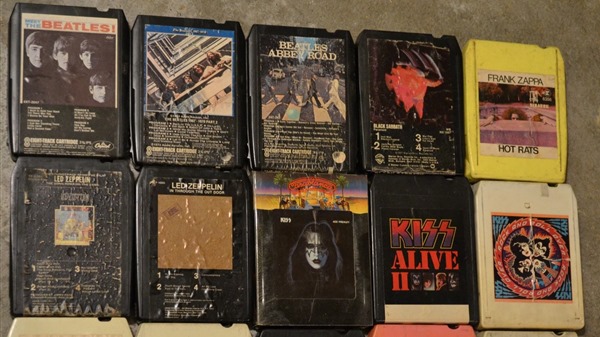 Above is yesteryear technology, the Stereo 8 cartridge, commonly known as an 8-track tape. My dad had a few of these around when I was little, but chances are if you're under the age of 45, you have no clue what they are.