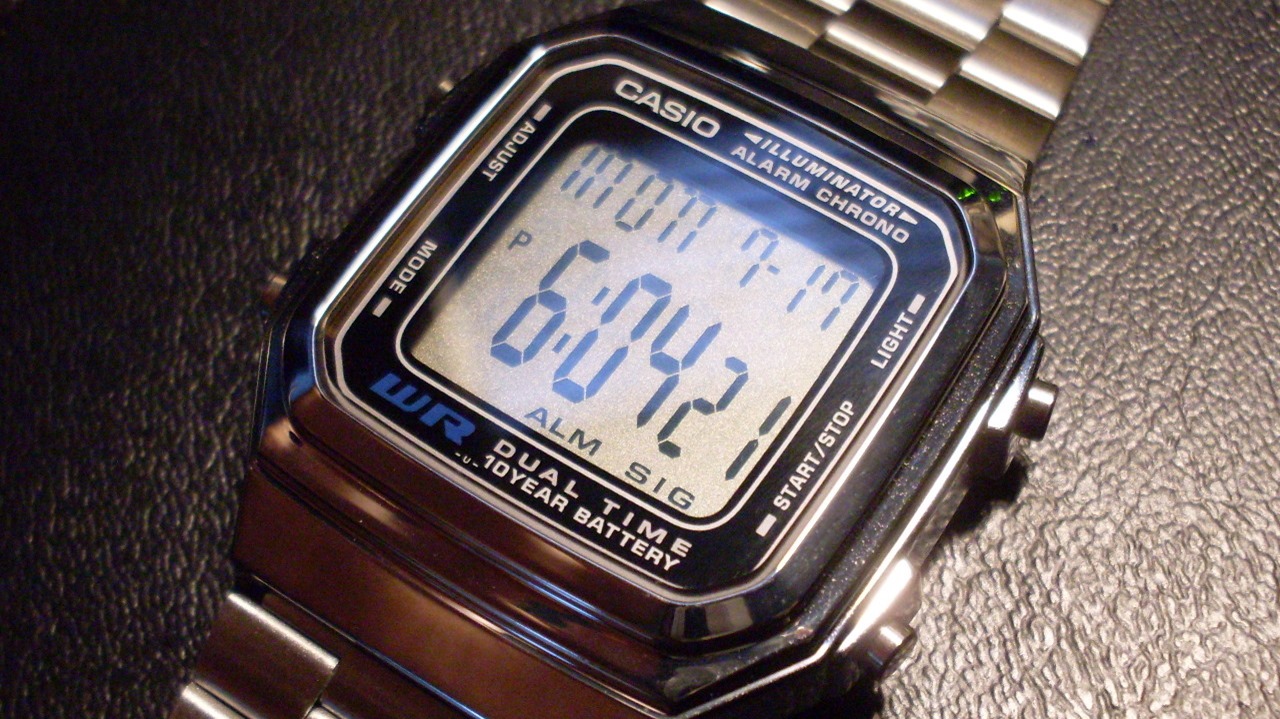 I didn't pull the trigger on the W217H but did with this one for very specific reasons...

I like the idea of the A178. Larger digits, full weekday/month/day + time on the face, great night light, reserved styling, loud beep, buttons that are easy to press and the metal bracelet fits well.

Unfortunately, it's nowhere near as good as the A500W, which is the reason why I didn't keep this watch.

The A178 has a feature set that sits between the A158/A168 and the A500W/AE1200WHD, and oddly enough currently sells for less than the A158/A168 does. The only one that doesn't is the gold tone A178WGA (gold versions always cost more just because they're gold).

For a daily wearer, yes the A178 would work well. It's one of those watches that takes a very long time to wear down, especially with its "10-year battery" (which is actually 7 to 8 years with regular use).

The larger digits are very easy to read, and I'm pretty sure the A178 has the largest date digits on a Casio.

Where styling is concerned, the A178 carries itself well. Not too big, not too small, no crazy colors save for a little splash of blue with the WR text on the face (which means Water Resist).

There are certain Casio digitals I own for style and others for function.

The A158WEA is one I wear for retro style. Love the gold/metal look of it, love the retro style, love the F-91W module 593 reliability. And it's very comfortable. But the fact the month isn't displayed on the main timekeeping screen and the poor night light drive me nuts. And the lack of a countdown timer is annoying because that is a feature I use fairly often.

The A500W has the countdown timer and another thing I use often, multiple alarms. It has 5 of them. The night light isn't EL but it's still much, much better than the A158 and easily readable at night. I like the A500W so much that I added it to my wish list because I'd love to have a second one as a backup. Yes, I think the watch is that good.

The A178 doesn't really fit anywhere for my needs. It doesn't have the classic retro Casio style nor does it have an advanced feature set.

I'm not saying the A178 is a bad watch because it's not. It's designed well, sized well, is very legible and has a great screen with decent contrast. But in the end, the A178 really didn't do anything new or better for me compared to what I already have, so it was returned.

I would recommend the A178 for someone that likes the A158 or A168 but prefers having the full date displayed on the face in the most legible way possible. It's the information on the screen and the digit legibility that are the A178's best selling points, no question about that.

Said another way, the A178 has the biggest digits for an affordable digital watch on a metal bracelet. You can find other watches like the Timex Ironman Classic 50, which while having extra-large digits does not have a metal bracelet option. If your eyesight is poor and you are in the "I just need a watch I can read" camp, Timex has the best of the lot where affordable digital timepieces are concerned and you have to deal with a rubber strap to get that. But if the A178's large digits are readable for you, that's the best digital on a bracelet you can get where legibility is concerned.