My review of the Garmin nuvi 255W

This is going to be a bit different from my other Garmin GPS reviews because I'm already very familiar with the 2x5 series, having already used a 205 extensively.

And that's it. The way it routes it the same. The features are the same. Everything else is the same.

The reason to go with a 255W is if you want a full North America map set, text-to-speech, widescreen and/or QWERTY layout. Of these features, I only wanted the QWERTY and widescreen.

So let's get to the first reason I wanted the 255W, the widescreen: 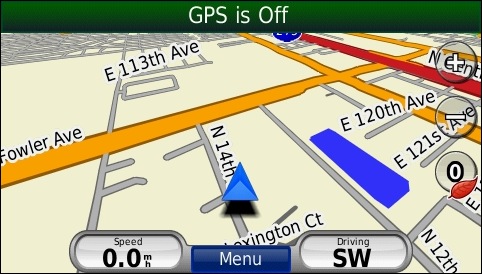 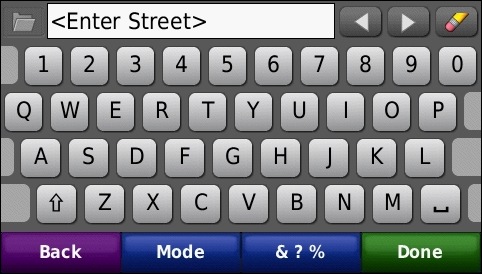 Said honestly, a 4.3-inch widescreen is a "just right" size for automotive GPS. Anything larger than this is meant for big vehicles like RVs and 18-wheeler trucks. It is wide enough to give you all the info you need, and short enough not to obstruct your view when driving.

4.3-inch widescreen on the other hand is as big as you can get comfortably in passenger cars and trucks. For anything larger it will do nothing but get in your way on the glass or on the dash. Your only options are to floor-mount or in-dash mount anything 5-inch diagonal or larger.

I also found out something interesting. The 255W's display is larger than my father's StreetPilot 2720. I had always been under the impression the StreetPilot 26xx, 27xx and 28xx screens were 4.3-inch diagonal. Nope. They're slightly smaller. I noticed this immediately.

As a guy who uses computers a lot, the QWERTY layout (pictured above) is very welcome when punching in addresses. I immediately took to it and like it much better than ABCDE. Granted, I never had a problem with ABCDE as it worked just fine, but the QWERTY just feels more natural to use.

There's really not much more to say about the 255W than that, save for one thing - the fact this is labeled as a "starter", "basic" or "beginner's" GPS.

Here's a quick visual difference between the i3 and the 255W: 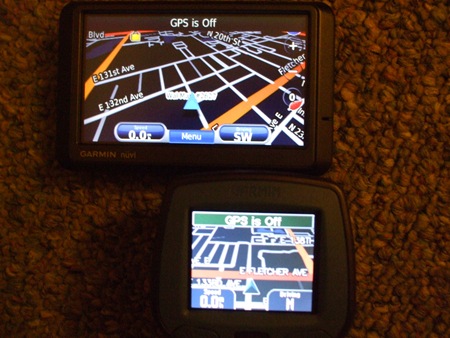 That is a basic GPS. It is about as feature-less as auto navigation gets by today's standards. Does it still work? Yes. But it's decidedly old and it shows.

There is no way I would call the 255W "basic" knowing what used to be considered that.

The 255W does not have frilly features like "Lane Assist", voice-activation, 3-D building views, Bluetooth, MP3 player, traffic reports, blah blah blah. It doesn't have any of that and that's okay, because I had most of those features before and they didn't do anything for me.

My purpose with using GPS is to do one thing: Navigate. Anything else is just fluff. The 255W has no fluff at all; that's just the way I like it; that's why I bought it. It's a 205 with the QWERTY, widescreen and extra map data. If you're in the market for one of these, all you have to decide is whether or not wide and QWERTY is that important to you or not.