This is a park close to where I live. I've known about it for a while but just now got the chance to take some photos of it.

More info after the photos. 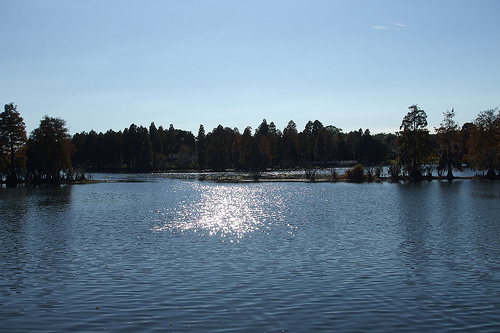 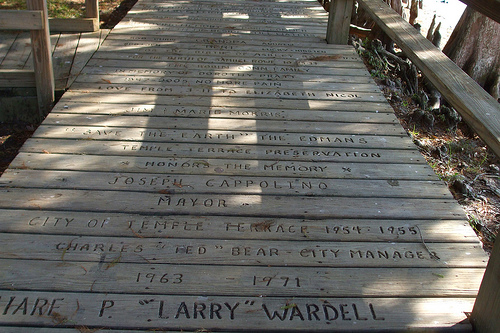 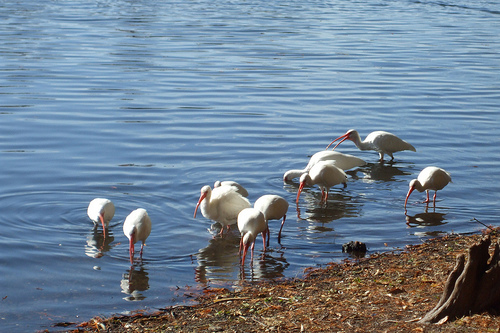 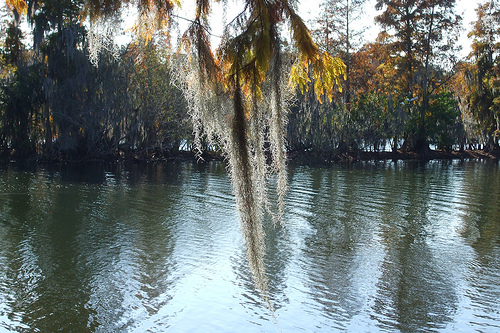 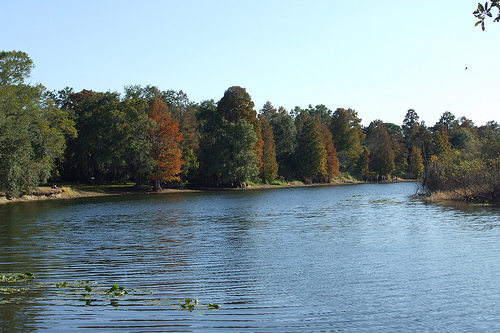 Riverhills Park is here. It "joins" with Scout Park. Riverhills is on the north side and Scout on the south.

There are three interesting things about this park.

First, probably the most interesting thing about Riverhills is the fact it's so unbelievably close to industry and retail buildings. You could never tell from the photos above that there is in fact a highway directly north of it bustling with cars and business.

Second, when in the park you don't hear the business to the north whatsoever. It literally is stepping into nature from business.

Third, it's true - Florida does actually have trees that change color as evidenced by the last photo.

I consider it this way: Florida does have an autumn season except it's roughly two months late. Whereas in the north this happens in September, it happens in November here in Tampa Bay.

Oh, and that's grayish/white stuff from the third photo? It's some kind of moss but darned if I know what the name of it is. You will see this stuff periodically in and around the area - usually on larger trees. You can touch it but people tell you not to because of "jig" bugs (similar to fleas from what I understand) that can get on you.

Yesterday eve I went to band practice and after that three of us (bass player couldn't make it and had to go home) stopped at a place on North Florida Ave in Tampa. It was "country night" there and there were hot women everywhere.

Small note: If you were to pit rock girl vs. country girl, the country girl is always hotter. Always. Without fail.

Anyway we stayed for about 10 minutes because we just wanted to scope the place out to see if we could gig there or not. We might.

Another place - which is admittedly a dive and has been called as such in the local paper - is very friendly to rock bands. In particular, death metal bands. We're not obviously of that ilk but we play a classic rock set currently, so chances are if we play there nothing bad will happen. However I will admit I don't like the place. I mean it's okay and all that but the entire inside of the place is BLACK - as in colored black. Jet black. Black everywhere. Did I mention it's black? Yeah I think I did. Black walls, black floor.. black everything.

Needless to say I like Pegasus a whole lot better. I'm certain we'll be there again soon.

In addition I made the suggestion we should switch to a more modern rock set and play some of the newer stuff. We play all old stuff now (we're all over 30), and while people dig that, the newer stuff is what the tweens like.

Obviously I'll be learning some of the newer songs. But no emo. I'm very anti-emo. 🙂

Well I said I'd write more about this so here it is - and I have photos. 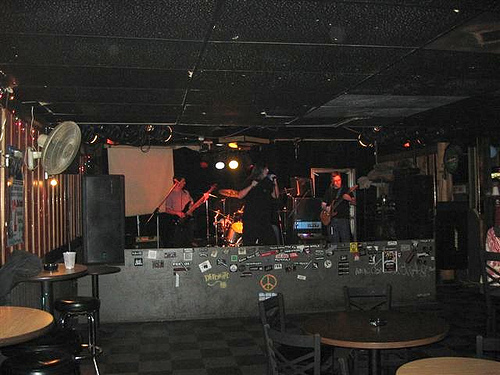 Above: Playing with the band. I'm on the right.

Our band finally decided "WE'RE GONNA DO IT" and decided to play an open mic night @ Pegasus Lounge in Tampa. I personally thought it was a nice place.

We did 6 songs and it went well. They were all covers because we haven't written any originals yet (but that's on the to-do list).

Before continuing here's some more photos:

The Pegasus place itself as I said is cool. Even the front door is cool looking. 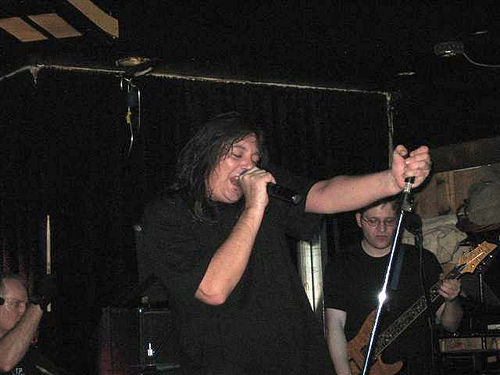 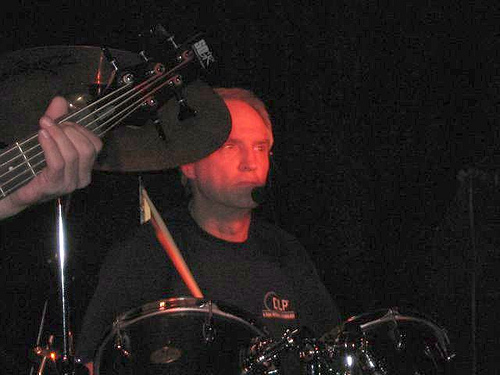 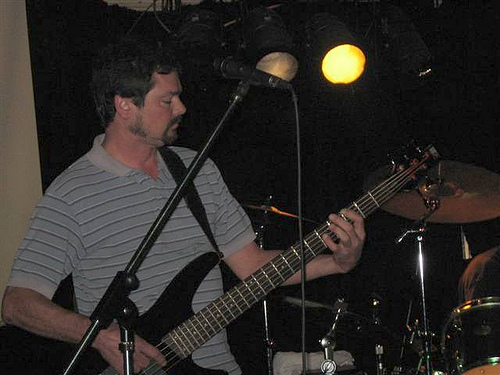 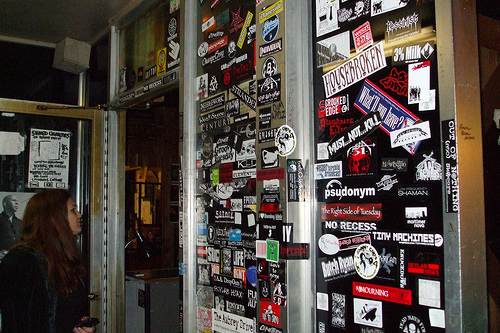 Why this is such a big deal for me...

This is actually the very first time I've done a true gig. Yeah, I've played house parties and school talent shows before, but this one was a real-deal thing.

In all the years I played at the stomping grounds, I never got to this point. At the stomping grounds I'd hear nothing but talk, talk and more talk.. but the gigging just didn't happen. In the extremely rare instances when it did it was a crappy outdoor thing, somebody's basement or other crappy affair.

Yeah, the crowd may have been small (it was a Monday after all) but who cares? It was cool. 🙂