END_OF_DOCUMENT_TOKEN_TO_BE_REPLACED

Sometimes I get emails requesting I write about specific stuff and this is one of them. If you'd like to email me in your own question, write me.

END_OF_DOCUMENT_TOKEN_TO_BE_REPLACED

There are three things you can do with guitars that always work when it comes to getting attention, be it on stage or on internet video. All three are really cheap and really easy to do.

A competition stripe is something that's been seen on Fender Stratocasters, Fender Jaguars, and Fender Mustangs (the Kurt Kobain Mustang has a competition stripe on it) off and on since the 1960s. Every few years Fender will release a guitar with this special striping.

Striping of this type suits the rounder shape of Fender solid-body guitars very well because it's a stark contrast to the body curves.

The cool part about this stripe style is that you can do it with no paint at all. You can dress up a cheap Squier easily just by using vinyl pinstriping which comes in just about every color of the rainbow. Competition striping is one of the absolute easiest appearance modifications to a Strat, Mustang or Jag style guitar and always gets noticed. 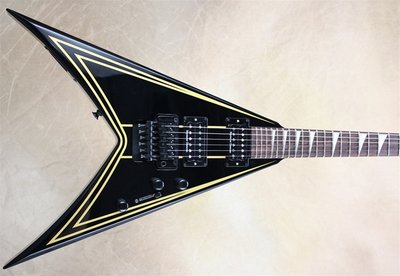 What "looks metal" on a black guitar? Silver or gold pinstriping.

For many years, guitar makers have been pinstriping black guitars with silver or gold stripes because it makes the body shape much more noticable. Like with the competition striping on the Fender guitars, the same can be done to sharper-edges body shapes using plain old vinyl stripes. You can also get more creative by adding in more stripes as seen in the photo above by laying down stripe across the area where the pickups are. But remember, don't get too crazy here because if you add too much stripe, the guitar then looks more like a toy than an actual instrument. 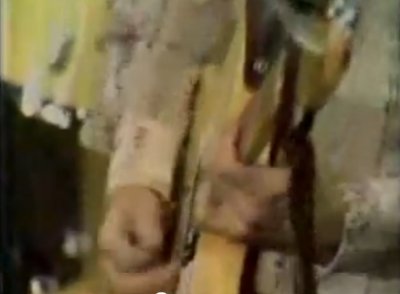 3. Bandana hanging off the headstock

This is an apperance trick that has both form and function.

The original reason why guys started hanging bandanas off their headstocks was to stop string ringing after the nut.

Whenever anyone sees you playing a guitar with the bandana hanging off the pegboard, the eye is immediately drawn to it because it just looks different and it waves in its own way whenever you move around when playing.

I see a ton of players on YouTube using wristbands or slapping tape after the nut to stop string ring. They should just be using a bandana instead because it does the same job and looks a whole lot cooler.