get into a car and drive to the other side

File this one under the "duh" dept.

Over the course of the weekend I bought some arch supports for my sneakers. Dr. Scholl's, of course. Price was a little over ten bucks. The last time I bought supports was about, oh, somewhere over ten years ago probably. I now have almost no pain in my feet after work.

I finally know who did that song

The video may be terrible (except for the NYC driving shots which are cool), but it's one of the catchiest songs ever written and one of my personal favorites, Steppin' Out by Joe Jackson. You probably have no idea what it is until you hear the first ten seconds, then say Oh YEAH, I know that song! The song completely kicks ass. If you don't think it does, you're wrong. (grin)

The joys of living in an apartment complex: I got a note on my door stating there will be an inspection of all apartments on June 1. Yes, this bugs me. It's not that I'm hiding anything (and I'm not), it's just I don't like the idea of an inspector going into my apt with me not being there. I'll be at work at the time he looks around.

The inspection is more or less to check for simple things, like making sure the walls are all right, do repairs if need be and so on. It's not like a military inspection. If my bed isn't made, it won't be an issue of grand importance. (grin)

But it still bugs me. 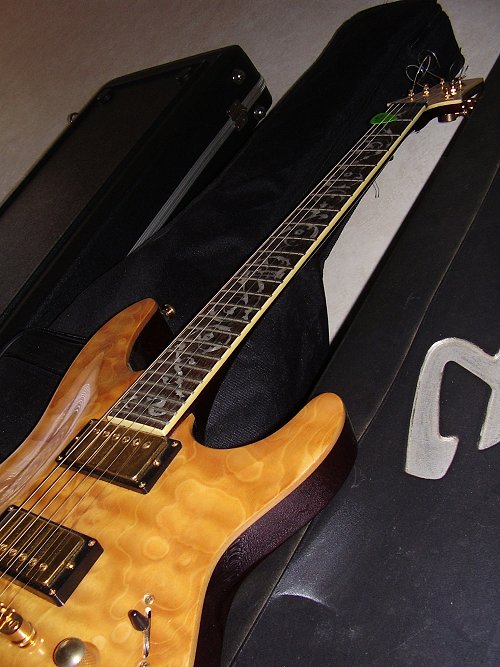 never underestimate the power of tape 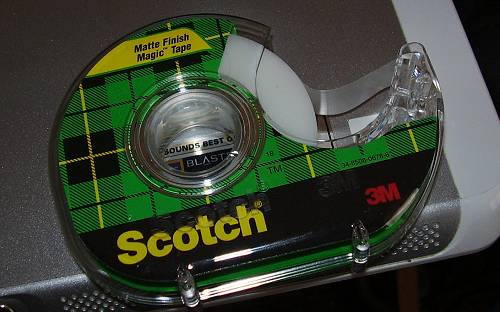 Indeed. Why take a photo of something as dull and boring as 3M Scotch Matte Finish Magic™ Tape?

Because it saved my digital camera, that's why.

If you've read this site for any period of time, you probably remember me dropping my Olympus D-535 camera like a moron when I first got to Florida. [Edit: Correction, I never mentioned it - but I did drop it when I first got here.] On a cement walk no less. Oh no, I couldn't have dropped in on a nice soft tuft of grass. Had to be cement. Well, the battery door got screwed up when it landed. Since then, that little door sorta/kinda stays shut. Sometimes it will pop open just enough for the display on the camera to read CARD ERROR or something like that because the SD card inches its way out of its slot. I have to hold the battery door shut when I take a photo. VERY annoying.

I entertained the idea of buying another Olympus D-535 (I like it that much) but it still commands a hefty price of around seventy-five bucks on eBay (at present). Seems to have held its resale value quite well. I love taking photos, but not enough to spend that kind of loot at this point in time.

Then I had a novel idea: Tape the door shut.

So I thank the people at 3M for making Magic™ Tape. It really is, well, magic. 🙂 And it saved me some loot.