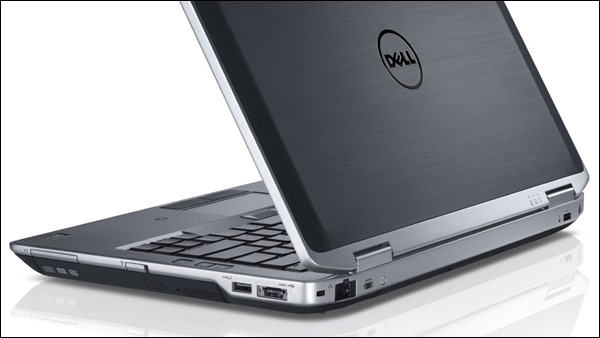 It looks like I'll be continuing to use my backup laptop for a wee bit longer.

Said up front: No, I am not asking for any green this time. I already did that before, some of you sent some green my way and I'm very, very appreciative of that. But this time around I'm not asking for anything. This is just an update as to what's going on with my computing crapola because some people like it when I talk about that stuff.

What happened to the first replacement Dell laptop?

Sent back for a refund. Why? Bad LCD panel, which I'll describe in a moment.

If you've been following along with my last few posts, I bought a refurbished Dell Latitude E6330. Nice unit for what it is. It even has a backlit keyboard (ooh, aah... whatever.)

The unit arrives. I open up the box and things are looking pretty good. I install Windows 7 (it came with it,) and right as the installation is completed and I get to the desktop, I notice something.

Two small white splotches on the lower left of the screen: 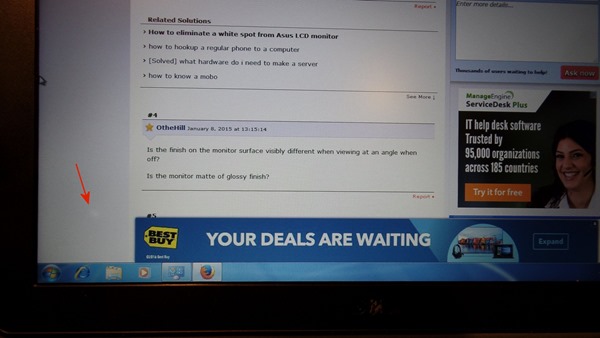 I thought this was a reflection at first. It wasn't. No matter what lights I turned out in the room, those splotches were there and they weren't going away.

Technical description of this problem: The laptop LCD panel has a wonky diffuser and there is no fix for this. This is a hardware defect.

Yeah, this ticked me off. An issue like this is basically just as annoying as a dead pixel. While the white splotches may not look like much in the photo, I can assure you they were very, very annoying to the point where it made the unit unusable, and that's why I sent it back for a refund.

On the day I shipped that dud Latitude back, I searched around and ordered another Dell laptop. This time I went with a slightly different model, a Latitude E6430s.

Now you would think by the higher model number that this unit should be better than the E6330, right? Nope. It's actually slightly slower, and I mean very slightly. Instead of a Core i5-3360M it has a Core i5-3320M. What this means is that the "faster" one is a 2.8GHz base frequency CPU and the "slower" one is a 2.6GHz. Almost everything else about the processors are identical.

In other words, no discernible performance difference whatsoever. I seriously doubt I would notice any difference between a 2.6 and 2.8GHz Core i5 mobile CPU.

The price of the E6430s was actually 10 bucks less than what I paid for the E6330 originally. Or rather, it was 10 bucks less for the one I found. Prices for the E6430 go all over the place. I went with one where the seller stated there is a 60-day warranty. That tells me the seller is confident enough that the refurbs he sells will last for a while. And if anything were to go wrong with the unit, it would definitely happen within the first 60 days, so I was okay with the purchase.

At the time I write this, I've not received the unit yet, but I am hoping and praying that everything works 100% on it once received.

Why am I going through this crap just for a laptop?

A quick recap of the three main reasons I'm going through all this crapola since I've said this before:

Is it worth it?

For me it is. What works for me is a traditional business-grade laptop. That means Dell Latitude or Lenovo ThinkPad. Dell is the better of the two...

...when I can get one that has a properly working LCD panel on it. 🙂 Hopefully, the one that's coming won't have any issues, LCD panel or otherwise.