a common thing to break on cars in tampa florida is.. 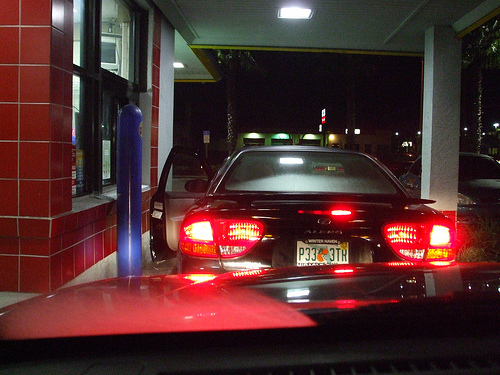 Above: A very common occurrence in Tampa, that being the busted electric driver's side window (the girl driving the car has the door open because the window won't roll down due to an electrical failure).

One of the few tradeoffs to living in Tampa is that you use your driver's side electric window a lot more compared to living in a cold state. As such it will fail early in life.

I had to replace the electric motor in mine in May of last year. And I'll probably have to replace it again eventually.

No car is immune to this type of electrical failure in Tampa Bay Florida. Granted, everything else will work a-okay, but your driver's side electric window will crap out really early.

When I say no car is immune, I'm not kidding. I've seen all sorts of Honda, BMW, Lexus, Chevrolet cars and pretty much any other make/model you can think of with this exact problem. Whether it's car or truck, it will happen.

You'd be surprised how often you see this.