My take on Chapman Guitars

This one comes in by reader request.

Marc emailed me with this:

I was wondering if in an upcoming article you could share your thoughts on Chapman guitars.

I can do that.

Now to note, I've never played a Chapman Guitars model of any kind because... 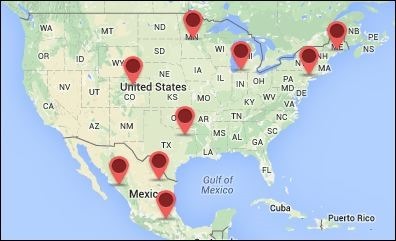 ...there are no Chapman Guitars retailers in Florida where I live.

I'm telling you this so you know that my opinions are solely based on videos, pictures and written information. Again, I've never put my hands on a Chapman guitar because they're simply not available here.

There are only two Chapman guitar models that have actual names to them, the Ghost Fret and the Norseman. The rest are "ML," which I believe means "Monkey Lord."

The "ML" needs to go and replaced with the word Lord with added Roman numerals for model numbers. Lord I, Lord II, Lord VII, and so on. A guitar has a lot more character when it has an actual model name to it. That, and I can't take a guitar named Monkey Lord seriously.

This is a Godin Session Custom Series:

Nice guitar, and priced about $200 USD above the closest Chapman equivalent, which would be the ML-3.

The two main competitors (at least in the US) to a Chapman axe are Godin and Schecter. The Godin is more expensive than the Chapman while the Schecter is less expensive.

With Schecter in particular, the Omen-6 Extreme is the model right below the Chapman price point:

...and this guitar is a tough axe to beat. Schecter really knows how to pack a lot of punch into a guitar for less.

What this does for Chapman is squarely place them as a mid-tier brand.

Now while this isn't necessarily a bad thing, if Chapman remains mid-tier, the brand will inevitably sink and die, so a choice will have to be made at some point whether to go all-boutique or make a "race for the bottom" and compete with a low-tier brand like Squier.

Given the fact that earlier this year Squier had a big price hike, Chapman could, given the right distribution and promotion, pose a genuine threat to Squier. Chapman could probably price their guitars easily below a Squier Classic Vibe Series (which is now $400 USD) and snag some market share from them.

The alternative would be to just go all-out boutique, have all Chapman guitars be custom handmade and sell for a minimum $2,000 USD each. But I don't believe the company has the resources to do that.

What does Chapman Guitars need?

Chapman needs to be more of a Schecter and Squier fighter, both in price and design.

If Chapman Guitars could do these two things:

...those two offerings would be very attractive. More so than what Chapman offers now.

As far as the design of the instruments are concerned, each would have to be specifically built to look like their competition, but better.

Better how? Well, take color for example. A page out of Fender's playbook is using car colors: 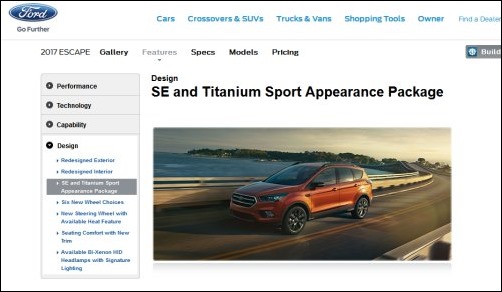 You slap on some modernized car colors on guitars and oh yeah, you've got some nice eye candy. All that's required are the paint "chips" from the big book, available at any reputable automotive shop that sells auto paint.

...I would seriously consider buying it.

For example, if Chapman took the CAP10, changed it to S/S/S instead of the H/S/H it is now, put on an Olympic White or Arctic White finish (with color-matched headstock) with mint green guard and white or chrome controls, that's a guitar I would be genuinely interested in.

I don't even know if Chapman Guitars can build a guitar that sells for $300 USD and make any money from it. They'd really have to scale back the options to get the price down, but who knows, maybe they could do it.

It reminds me too much it's a business

For any guitar on the Chapman Guitars web site, yes, all the specifications for each instrument are present, done so in a very bland business-card-like manner. This is about as exciting as a bump on a stump.

Nothing on the site convinces me to want a Chapman guitar

Why does the web site make no attempt to sell guitars? No special offers, promotional discounts or anything of the sort exist.

This is what you get:

"Here's our guitars. Here's a map of where they're sold. Buy direct? Sorry, you can't do that. Buy from one of our participating retailers. Oh, you wanted a price? Sorry, none are listed. Have a nice day!"

That's a heapin' helpin' of bull right there.

Why am I making a big deal out of the company web site?

The site is literally the only thing I have to get proper information on Chapman Guitars. But it's nothing but a cold, corporate style web site with no way to get a deal on a Chapman, no demos, no info on what's going on with the company, no prices listed. That's bad.

I believe Chapman Guitars is under 5 years old; it's a young company.

I have faith that Rob & crew will continue to do well - but only if they tighten their focus more. Less concentration on "listen to what my audience wants" and more on "I need to beat my competition."

Part of the Chapman guitar design thing is letting the audience participate with certain decisions. That needs to outright stop and Rob needs to put the focus on his competition and make his best attempt to stomp them.

If there is a shakeup in model offerings, I'm hoping there will be a modded and price-reduced CAP10 model with a mint green guard and S/S/S pickup configuration released at some point in the future. If I could get my hands on one, I'd genuinely be happy to try it out.

Should you buy a Chapman guitar?

That's a tough call for basically one reason:

No warranty information is listed on the Chapman Guitars web site. This is yet again something they need to update.

I am going to take a wild guess and say that it's probably true that each guitar sold has a 1-year limited warranty. The problem is that I can't confirm that.

Are Chapman guitars serviced by the retailers that sell them, or does it require shipping the damned thing all the way back to Korea just to have warranty serviceable repair work done? Those questions go unanswered.

The Chapman Guitars web site has nothing anywhere that states what the warranty and return policies are, and it's for basically that reason alone that I cannot recommend buying one.