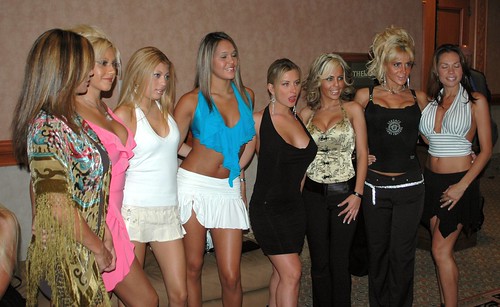 The above is a photo of some strippers that was taken in Vegas...

Regardless of whether you think the women above look any good or not, the fact is that the photo is a decade old, and all the women in the photo are now 10 years older.

Are those women still stripping? Well...

...I've honestly no idea. I don't even know who any of them are.

You may get confused when you see photos on Flickr dated from as far back 2002. There's a reason for that. Most people who first started posting to Flickr uploaded a bunch of photos that had been taken in '02, but weren't uploaded until '04 because Flickr didn't exist until '04. So yes, the EXIF data that states 2002 is a true 2002. Also true is that the maximum resolution of most photos from the early 2000s are 1 to 3.2 megapixels because that's what was available for affordable digital cameras at the time.

For example, you'll see several decade-old-or-more photos from those who used a Canon PowerShot A40. That camera has a maximum 2 megapixels and cannot do any better than that. But if you can believe it, on there are almost 6.4 million photos taken with an A40 that were uploaded to Flickr, so it was quite popular.

Personally, I could not deal with a camera today that was only 2MP. My bare minimum is 8MP.

Updates on the Samsung S860 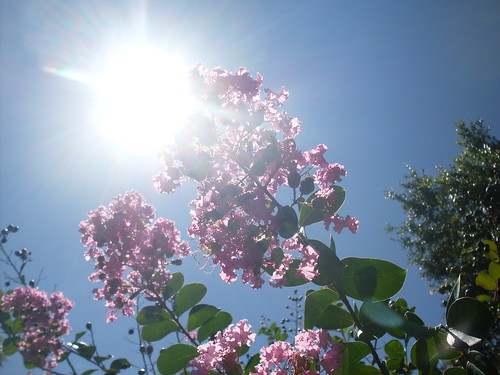 Above is one of the better shots I've taken with the Samsung S860 so far. I'm learning the camera concerning what it "prefers" to take pictures of and have been getting along with it pretty well.

The S860 does not take close-up macro shots as well as my old Fujifilm A820 did. But it absolutely destroys the A820 as far as color representation goes. Colors look the way I expect them to and have a lot of depth and vibrancy going on.

Basically, the S860 has renewed my interest in photography again. What I've been able to get out of that little black camera has been a good experience so far.

The only thing I was really concerned with before getting it was whether it used up batteries quick like some reviews said. Well, those reviews were wrong. I'm using a pair of plain Duracell Procell alkaline batteries in it, and I know already that it has better battery life than the A820 I had did (and I thought that cam was pretty good on battery life). In fact, I still haven't gone through my first set of batteries yet.

Fun fact: Photos are the most-shared thing on the internet

There are 3 sayings you should know about photography.

(I wrote the third one.)

You've got 4 kinds of experiences on the internet. Text, audio, static image and moving image. Photos fall into the static image category.

If you want to get popular on the internet for whatever reason, start taking photos using whatever camera you have. Take a photo every single day and post it to Facebook or Twitter or both. Tag the photos with location information.

Don't worry about whether the photos are any good or not. Just take a photo a day and post.

Those who post a lot of photos get popular quick, because people like photos a lot. And the more photos you post, the more popular you will become. I'm not kidding. Just remember to tag them appropriately so people can find them in search.