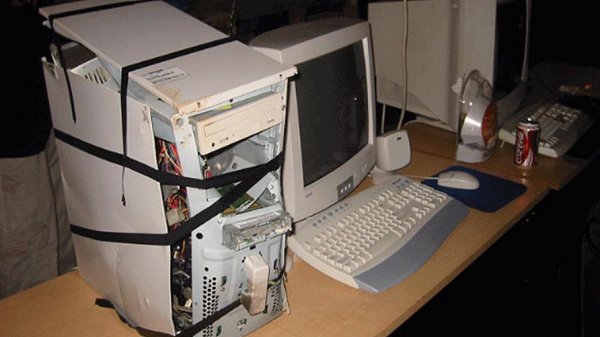 Christmas Day is today as I write this, and since I'm done with all my Christmas stuff it's time to get back to business.

It's almost 2013, and compared to 2010 there are a TON more mobile users out there. Mobile is so huge now that it dictates what I can and can't use for the stuff I post on the internet.

The PC is definitely dying

As a pro blogger and musician, yes I need a "real computer" to write and record with. But for the non-blogger/non-musician types, 2013 will usher in the era of when the PC truly falls out of favor in the mainstream because a ton of phones and tablets are coming. Good ones mind you that can replace a laptop easily for most people. And they'll all be running mobile OSes, of course.

The "real computers" I speak of will only be for professional users like myself in the very near future. For everyone else it will be phone and tablet, guaranteed. I never thought I'd see the day when everyone would be carrying around a PADD-like device, but that's exactly what's going to happen, and soon.

YouTube works on even the most basic of QWERTY Blackberry-style phones all the way up to iOS/iPhone and Android phones. There is literally nothing else out there that's as mobile-friendly as YouTube is, which is why as a musician if you want to get seen or heard, YouTube is required - even if what you do is post a video that's nothing but a title screen and your song as the background music.

YouTube however sucks for blogging because all they have is a "news feed" feature for channels, and that only allows 500-character-maximum updates tops, and also is an island unto itself (meaning your text updates there can't be shared outside the site at all).

In other words, the blog is still necessary because YouTube is meant for video and nothing else.

If it needs an app, it's crap

Any, and I mean any content that requires someone using a phone or a tablet to download an app to view or hear is 100% death, because they won't bother to use the app. Instead, they'll just say "screw this" and go do something else.

None of my content has ever required any specific mobile app to view or hear, thankfully.

Near the end of this month or in early January '13 I'll be rolling out a new blog design that specifically looks better on phones and tablets.

As it stands right now, my blog can be read using mobile.. mostly. But it needs tweaking to be more readable. The fonts need to be a little bigger and I need to add some better navigation at the top. Fortunately I don't need to do much to make this site more mobile-friendly. But it does have to be done if I expect anyone using a mobile browser to be able to actually read this thing.

One site to rule them all

I'm of the belief that you should NOT have two separate sites for the same thing. Some guys have an "app" for a mobile version of their stuff and a web site for the "desktop" version. That's seriously stupid and a huge pain in the ass to maintain. The proper way is to have one site that covers everything.

The time has come to "mobilize" this site, so it'll happen soon. It'll basically look similar to what I have now with a new nav bar at the top and the text will be a little larger, so watch for that coming soon.

For any other guitar dudes or bands that may read this, make sure the stuff you post online can be accessed with a phone or a tablet, because if not, it's very unlikely anyone will ever see your stuff.