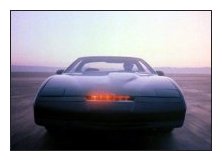 As I've just found out, Knight Rider is most likely coming back to the small screen. If you ever wanted to know why boys love Pontiac Trans Am's, this show is the reason why. More on that in a moment.

I gotta say that it's been quite some time since any television show that showcased some kind of vehicle or craft in every episode. In the 80's there was a whole slew of them such as Dukes of Hazzard, Street Hawk, Airwolf, Blue Thunder, The A-Team and probably a few more.

Oh, and let's not forget the mid-90's show Viper. That show came and went so fast if you blinked you missed it.

All these shows have one thing in common: The storylines are terrible. All the concentration is placed on action sequences. And to be blunt honest, that's the way it should be. Usually, the hero character is always some hunky dude, the "manager" is always someone old and wise, and the mechanic is always a hot chick that never gets one spot of oil on her. 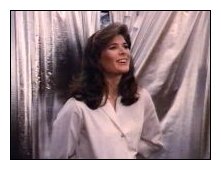 Needless to say I have very fond memories of "Bonnie" from Knight Rider. She was hot.

There are some interesting notes about the '82 Pontiac Trans Am (the car used for KITT):

General Motors specifically told NBC to not refer to the car by its model name, i.e. don't say "Trans Am" or "Pontiac." Reason? People were going into Pontiac dealerships thinking it was for sale only to be laughed out of the place.

The red flashing bar across KITT's nose is illegal for road use everywhere in the USA because it supposedly imitates a police car or emergency vehicle.

The "gull wing" steering wheel is also illegal because by law all steering wheels must be a full circle and have at least a 13-inch diameter.

The nose on KITT itself was never available on a production Trans Am. Whenever you see a KITT replica, the nose was made custom from a shop.

The interior gauge panels of KITT was also never available on a production Trans Am; the production model's gauges are very different.

Even in today's world, the television screens in KITT are very illegal for normal road use.

One wonders what the next KITT will be. The return of the Firebird.. maybe?