The story of the Blitzz BWU713S Wireless-G USB adapter drivers

I received an older Dell PC with XP on it to work on recently, and didn't want to place it near my router because it would have made for a tangled mess of wires being next to my main computer.

In my possession is a now-old Blitzz Wireless-G USB stick. It only works in Windows because of its ultra-proprietary software.

Years ago I made darn sure to keep the driver CD in a safe place because Blitzz never posted the correct drivers on their web site, and I figured that at some point in the future I may have to use this wi-fi stick again on an older PC. That day was today.

If at this point you're saying, I've never heard of Blitzz, I wouldn't be surprised because Blitzz went out of business in 2007. Their wi-fi sticks were mainly sold in Wal-Mart and that's where I purchased mine originally. The reason I bought it from there is because I needed one quickly, otherwise I would have purchased something else from NewEgg.

The stick works as expected considering when it was made. It holds a connection fairly well and gets the job done. The best it can do for encryption is WPA, meaning no WPA2, but that's okay.

Here's Ye Olde Blitzz Wi-Fi Stick in action (I didn't care how crappy the connection was as long as it worked): 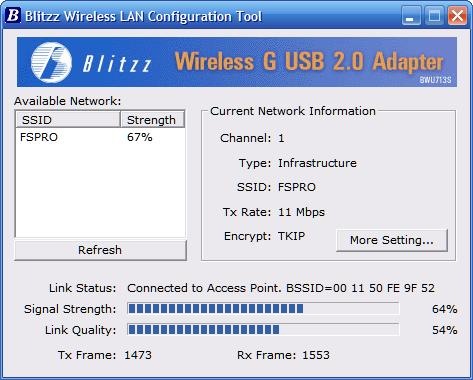 Here's a photo of the stick plugged into the front of the Dell: 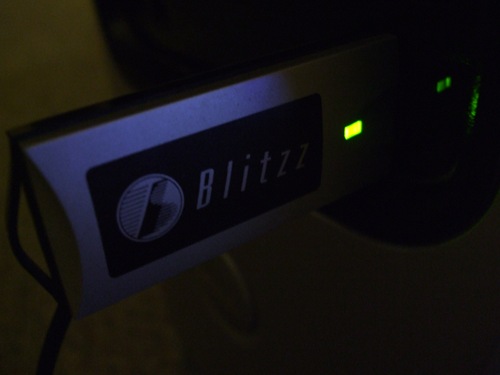 ..and the original driver CD: 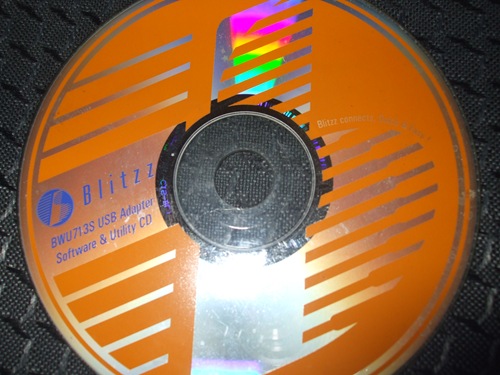 Being I hadn't burned an ISO of the above disc, I also did that today even though the CD is in relatively good shape.

Want to download this driver disc image? Not happening. At one point I did offer the download and all anyone ever did was come here, download the 26MB image (which chews up a bunch of server bandwidth) and left without so much as a thank you. You can thank the file moochers for the fact the disc image isn't hosted here anymore.

Don't bother asking me to host it elsewhere because that's a complete waste of my time. All you want is the file like the file moocher you are. Well, there's no file mooching here. Not happening.