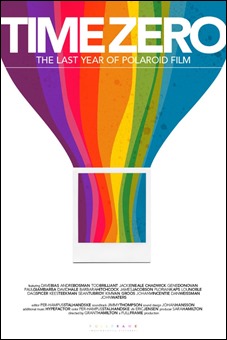 I was scanning through the latest releases on Netflix and came across Time Zero: The Last Year of Polaroid Film. Being I just started getting back into photography lately, I watched it.

Here's the long and short of it. Polaroid instant-film cameras used a very specific film they made that was insanely difficult to make, which is why Polaroid never really had any competition as far as Polaroid film sales were concerned.

The hipsters freaked out. More on that in a moment.

Some entrepreneur bought the old machines from Polaroid corporation, retooled them and then came up with a new, updated formula to make Polaroid-compatible film which is sold today and is insanely expensive ($3.18 per photo taken, and that's not including tax/shipping cost to get the film).

End result: Hipsters now have their expensive film once again to take their crappy photos with. And the photos taken still suck just as much as they ever did.

I don't think I have ever seen one movie with so many annoying hipsters in it in my life. All the major locations are covered. Annoying New York City hipsters, annoying Los Angeles hipsters, annoying San Francisco hipsters... they're all there.

All of these hipsters tried so hard to say that Polaroid photos were the best thing since cushioned toilet seats and that the world would be awful without them.

When you want the best possible photography, you use film in a traditional film camera, and have the film developed the old-style way. That's the way it works. The next best thing after that is digital.

While a Polaroid photo does give you the satisfaction of instantly getting your print, you never got a great photo out of one.

The "Polaroid look" is a photo that's milky, washy, over-blue and poorly focused because there is no way to get truly crisp focus.

In my experience, the only way to get a semi-good Polaroid shot is on an overcast day outside. If the sun is shining bright, you get overexposure. But when overcast, that promotes even lighting and makes for a good shot... mostly. The color representation will still be not-so good at best.

This is a photo I took with my phone's crappy 2-megapixel camera: 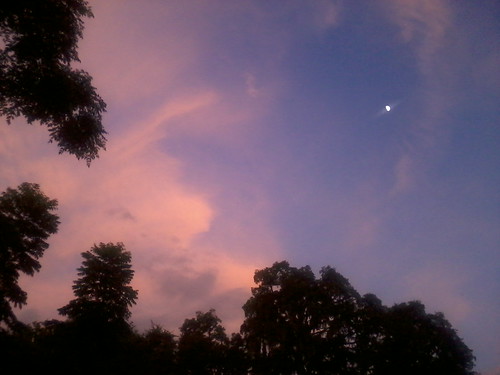 I would never be able to get a shot like this from a Polaroid instant-film camera. On a Polaroid, no definition could be seen in the trees, and because it's a low light condition, chances are the entire shot would almost be 100% black.

However, you may like the idea of instant-print, even when the photos aren't that great.

If you're going to dive into instant film, go Fuji and not Polaroid

Fuji makes all the stuff you need to do the instant-print thing, and it costs less. A lot less.

If you want the actual camera: 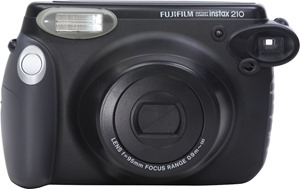 There are other models like the Mini 8 and Mini 90 (the 90 definitely looks the best), but the 210 is lowest cost unit, gets the job done in fine style and provides the largest print.

That camera uses this film: 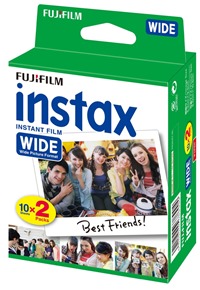 To note, the "WIDE" is specifically for use with the 210. You can't use the smaller Instax because it physically doesn't fit in the 210 chassis. It only costs a buck more for the wide over the non-wide film for the same amount of sheets.

For those that just want an instant photo printer... 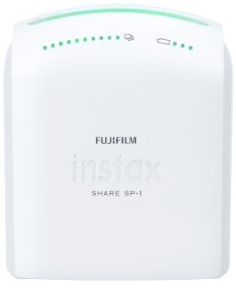 This is the future of printing instant photos, and you can buy it right now. This thing will print photos via Wi-Fi. No wires required.

The film it uses is the "mini" size: 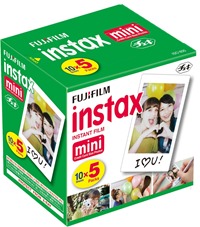 While true an SP-1 printer and film isn't the traditional way instant-print photos are supposed to work, it is the best solution because you can see what you took a photo of before you print it.

When you take into account the cost of printer ink and photo-quality paper, the Fujifilm Instax way of doing it is actually cheaper, and more convenient.

At some point I might even consider buying the SP-1 printer just because it prints photos I can put into a book very easily, even if it is only wallet size prints.

Does the print quality suck?

The best way to explain it is that it doesn't suck as much as if you took it from an actual instant-film camera.

See, the photo you print will most likely be in perfect focus with proper lighting, meaning your print will have proper clarity to it. However, you're still going to get that "Polaroid look" to it...

...however, it's acceptable because you know what the photo is before going to print. The colors will be off, but at least you have a really good idea of what you'll get beforehand. Why does that matter? Because it saves you a ton of money. No test prints are required.

Ultimately, the photos may be small and have crappy color, but you do get your prints that you can put in a photo book. And that book will last a whole lot longer than your data ever will.