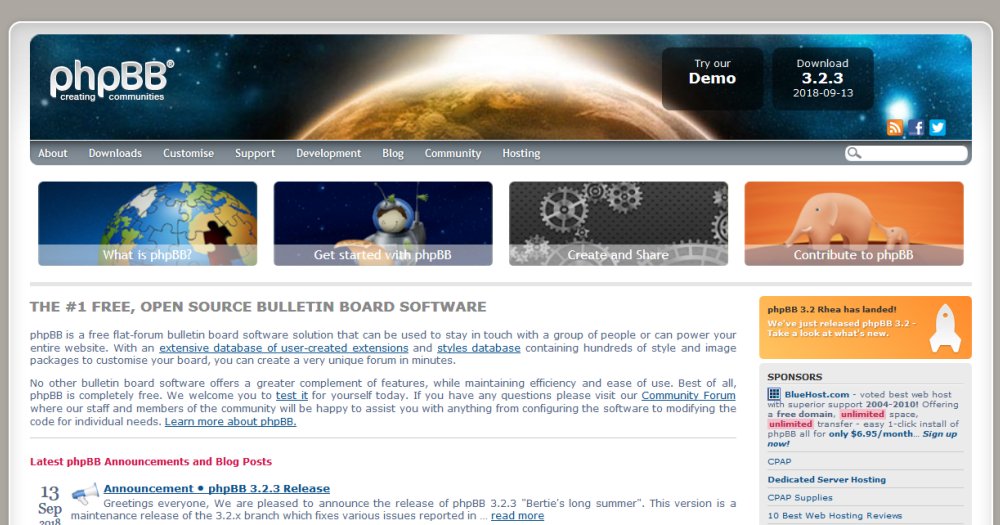 The forum you know and love may be gone tomorrow.

Years ago when I first moved to Florida in the mid-2000s, I landed a job writing articles for a tech site. And over time that turned into creating videos, authoring the company newsletter and even hosting a live weekly stream at one point. For all intents and purposes, I was the "voice" of the site. When that job ended, there were a handful of people following me there who came here (all on their own, mind you) and still follow what I write to this day.

The thing that was very clear from the get-go on that site however is that there were actually two voices. I did all the articles, videos, newsletter and live stream. That was voice #1. Voice #2 was the forums. This was a thing that started back in the late 1990s back when most people were using dialup internet. It was old even by mid-2000s standards. That forum was totally its own animal even though it was on the same site I created content for.

I probably only posted 5 times to that forum (maybe fewer?), and immediately stopped when the owner of the company told me one of the moderators complained about me having a family-friendly cartoon image in my forum signature. Yes, we're talking about one of those type of forums where there are 10,000 rules you have to follow, but you don't know what those rules are until you break one. Evidently, any image in a signature was a huge no-no. Whatever. That was all I needed to know to stop posting there.

Fast-forward to present. Every now and then I go back to that site just to see whatever happened to it. The original owner of the site sold it. Then it was sold to someone else. And just last month, the boom was lowered. The entire site was redirected to another domain...

...but the forums were still alive and still at their original location. There were a few posts made by others asking what happened to the site (there was no warning when the switchover happened) and what the future of the forums will be since there's almost 20 years of discussion there. There's talk of the forums being relocated and blah blah blah.

What will happen? Unknown. But what I do know is that owners of web sites absolutely do not just give away user databases. The forums I'm talking about contain thousands if not tens of thousands of active email addresses from user accounts, and user databases like that are really valuable. As in many-thousands-of-dollars valuable. You don't just give that stuff away.

The typical lifecycle of a forum

I've been online long enough to see that most forums follow a pattern, and it's basically this:

Sometimes what happens - as is the case with the forums I mentioned above - is that forum regulars are actually made aware of site changes before the forums are shut off. In an instance like that, forum regulars start scrambling to somehow find a way to get a copy of that user database and then host the forums elsewhere. But that's only if the site owners are willing to sell a copy of the forum database. And that almost never happens because the cost to buy such a thing isn't cheap. More often than not, the forums go dead no matter what. Only in ultra rare instances do forums like the one I'm talking about actually get saved.

Is it worth it to run a forum anymore?

This is a tough question to answer because hosted forums do serve a purpose.

There are people out there who genuinely appreciate places of discussion not owned by large corporations. These folks will use a forum but will not use Facebook, Instagram, Twitter, Reddit or anything else owned by a big company.

The screen shot at top is of phpBB, the most-used free forum software on the internet. There are others, but that's the biggie. You have to be somewhat nerdy to know how to install it. And once installed, administering the thing requires you to sit down, go through all the menus, learn how to do stuff and so on. It's absolutely not a simple 1-2-3 process.

Let's say for the moment you do all that, learn the forum software, get people to sign up and go for it. Is it worth your time to run the thing?

My belief is the answer all depends how much you don't like modern social media.

If big social sites like Facebook and Reddit really rub you the wrong way, then yeah I can see the value of a forum. But just be aware of the forum lifecycle. It happens to all forums sooner or later.

I could, if I wanted to, install a forum here at any time. While I do like the forum and discussion part, I don't like the administration part. And by that I mean user moderation. My method of administration would be what thousands of other forum owners do as outlined in the lifecycle above. Let a bunch of people sign up, and for the regulars that establish the clique, let them do the moderation stuff. I doubt anyone would be interested in a forum here, but if so, that is how I would handle it.

This is, by the way, part of the reason why I run a newsletter. Forums on the administration side involve a lot of crap to deal with. Moderators never see this, but the guy who runs it does. He's the one who's checking server load, database integrity, some plugin/add-on that decided to start doing wonky stuff after an update, and blah blah blah freakin' blah.

I'm not totally opposed to installing a forum here since I know the administration crapola involved, but I'd only do it if I had requests to do so. Otherwise, I'm just sticking with the newsletter.