When will the USPS eventually close shop? 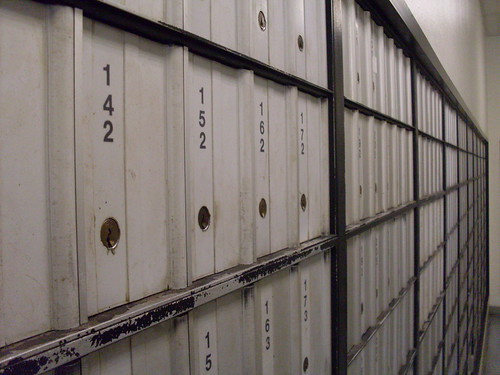 So I'm expecting a shipment to my PO box and am tracking it online. The online report says that yes, the package has arrived. So I drive on over to the post office, but I can't retrieve my package.

Why? Because it was Saturday.

My local post office used to be open Saturdays, but now it's not, and I'm pretty sure this just happened recently. And of course, my package was one large enough where a little slip was put in my box that requires a clerk to retrieve it. For any package like that, I can only get them on weekdays only now.

I've been noticing that the PO local to me has been screwing up routinely this year, most likely due to cost-cutting. The biggest one I've noticed are late arrivals, which is something that never happened before. On anything I order from Amazon or eBay, I can't trust the projected arrival date because it's always 1 to 2 days late.

Will the USPS ever completely close shop?

No, but I can see that business scaling back quite a bit in the future.

There are going to be three major changes. Cluster boxes/forced post office box subscriptions for letters, package-only delivery for residential addresses (that's a cash cow for the USPS), and continued elimination of most smaller post offices.

Cluster boxes are the same thing you see in apartment complexes. These will be built for more residential areas. For places those clusters can't go, residents will be forced to get a PO box subscription...

...and that PO might be far away considering so many smaller ones are being closed.

What will happen to the residential mailbox?

It won't be necessary anymore, and some dopey law will probably be passed that all mailboxes must be removed so shipping competitors can't use them.

It is possible however, although doubtful, that we may see the return of the big blue USPS outgoing-mail box.

I took a photo of one recently: 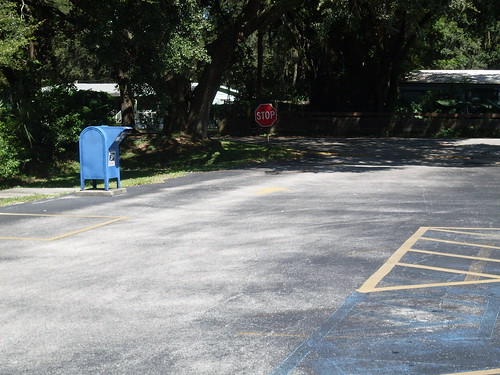 Boxes like the one seen above used to be everywhere, and their sole purpose is for outgoing mail. Just letters.

The USPS removed a whole bunch of these over the years. But if the intent is to make everyone use cluster boxes or the PO so letter carriers aren't required to deliver letters to residential addresses anymore, it would make sense for the big blue boxes to return since that would be the only letter carrier's pick-up point.

It is inevitable that there are going to be some residential areas where cluster boxes cannot be installed and the nearest post office will be 20 miles away, since the smaller POs are being eliminated. That being true, there has to be some way for residents to send mail without having to drive a huge way just to do it. The big blue box is the answer.

I don't think my local PO is targeted to be shut down because it does a fair amount of business. It's not tiny either. Small-ish, but not tiny. And I hope it sticks around, because that's the way I do postal mail. I've been a box user for years, and even though my local PO has been screwing up this year with late arrivals and whatnot, it would still really suck if it went away.