Okay it's been a few days since I made the switch to Windows Live Domains for my e-mail. I have both pros and cons to report.

I'm also going to include "Gmail comparison" for each as well since I formerly used Google Apps.

This is a well-done, well-programmed client.

I seriously dig the right-clickability with the full version of Hotmail. Too bad it's just too slow on the draw (literally). I purposely use the "Classic" version because it's faster.

Gmail comparison: There is no option other than "old version" in the Gmail interface, and that's also heavy.

You can set message rules in the web-based version of Hotmail that sync up with the WLmail client - and that's cool.

Gmail comparison: Gmail has no folders. Labels only. And they suck.

Con: Filter-into-folders can only be set in the web-based version

I could find no way to do this in the WLmail client. Or if it's there I couldn't find it.

Gmail comparison: Gmail has better filter options but the lack of folders is a serious drawback.

I'm seriously not used to Hotmail having this much space in it. Nice to have.

Yes, I know this is a nitpick (especially just for one click), but to see how much space is left in your Hotmail account, you have to click the "Today" button in the web-based version. On that page is a bar that shows your usage as a percentage.

Gmail comparison: Space used is listed at the bottom once logged into Gmail - but you have to scroll to see it.

This was the primary reason I switched and it works exactly like it should. Absolutely no complaints.

Gmail comparison: Gmail has no mail client and no built-in contact sync option.

Con: Flags/Watches/Priorities do not show in web-based version

In the WLmail client you can easy set and/or sort by flagged message, watched message or priority. You can't do this in the web-based version and I could not find any way to enable the columns.

Gmail comparison: Gmail tells you even less than Hotmail does. All you have is name, subject and date. THAT'S IT. And there are no columns to click for sorting.

Whether you're in Hotmail or WLmail, the size of any mail is easily seen and can be sorted by such.

"Standard" (or "High" in WLmail) is better. Use your Contacts heavily and the spam prevention works much better.

Gmail comparison: Spam prevention is on the same level - but is not any better or worse. And like Hotmail you must heavily use your Contact list for best effectiveness.

It's little things like this that make Hotmail good:

Gmail comparison: Gmail has no icons anywhere, save for the star. One would think this is good, but the interface is so bogged down with JavaScript it nullifies any speed advantage.

This is a simple easy interface, the way e-mail should be. It does not bother me to use it whereas in Gmail it did. Microsoft does not try to reinvent the way e-mail works. Instead they just give what's expected in a way that's familiar.

I only wish it was as good as Yahoo! Mail who to this day is still king of the hill in the web-based mail interface department. No one at present can touch them.

Not as powerful as Thunderbird and missing a few features (such as the inability to set message rules on Hotmail), but much faster. It uses less memory, is easier to search/sort mail and performs outstanding.

Gmail way is the wrong way

I have to take a stab (as if I haven't enough in this post already) at Gmail here because only after you stop using Gmail do you realize how much it sucks donkey nuts.

Read up on the outright frustration people have when trying to sort Gmail. Yes, something as simple as sorting is a PAIN IN THE ASS when using Gmail.

Under the orange roof

Howard Johnson's a.k.a. HoJo's is a really good example of Americana, or at least what used to be Americana. Unfortunately I was born a little too late to experience what HoJo's was really like. It's something that's one for the history books that will most likely never come back (but you never know...)

There's a video from a few years back that shows what HoJo's used to be. HoJo's actually still exists but primarily as hotels. How many actual HoJo restaurants are left? Three. There used to be almost 1000.

So what happened to the company that used to rival Coca-Cola as one of the most recognized companies in the United States? Corporate crap, more or less. The distinction that Mr. Howard Johnson put into Hojo's was killed in short order once the corporate mucky-mucks got a hold of it.

This distinction I speak was made up of 2 things: Family atmosphere and distinctive buildings. The atmosphere was done thru means of television advertising. It worked and worked well. The buildings had long sloping orange roofs mostly (although some had different shapes.)

What I find most interesting about HoJo's is what happened to the restaurant chain after it was bought and sold a bunch of times.

You've probably seen - and possibly eaten in - a HoJo's and didn't even know it. HoJoland.com calls these places HoJo Ghosts. These are buildings that were formerly HoJo's but were then converted into another restaurant. And it was most likely an IHOP. All you have to do is look for that distinctive roof shape. IHOPs have blue roofs instead of orange. And if the shape is correct it was probably a HoJo's in its former life.

The heyday of HoJo's is long gone. Like I said above, I was born one generation too late to really experience it.

Would this franchise work if it were revived? It might. All the people in their 40s and older (as that would seemingly be the only age group that actually eats out anymore) would remember HoJo's and flock to it in droves.

Hey, it could happen..

On a personal note, it would be cooler beyond words to get a girlfriend that actually likes places like this. The modern variant is IHOP as mentioned above and Denny's. There are 5 Denny's restaurants within less than 10 miles of me, and their breakfasts are awesome. 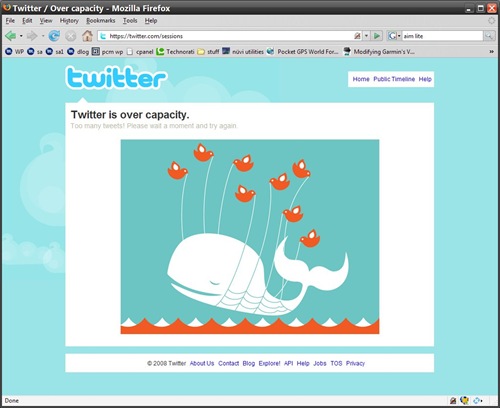 I'm seriously considering dropping it altogether. I don't care how many cutesy graphics they put into this thing. When it doesn't work IT TICKS ME OFF.