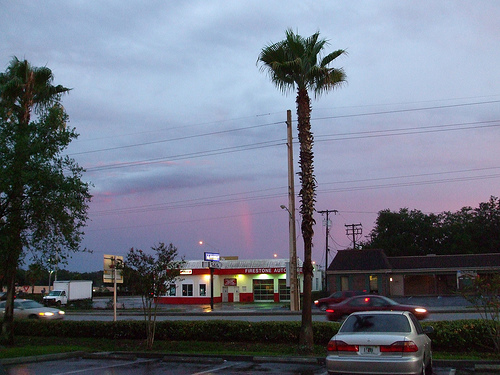 Confirmed: Verizon telecom sucks in Florida... and beyond

I read a news story on TBO about how FL residents have been yappin' up a storm about how much Verizon telecom (just telecom, not Verizon Wireless) sucks. And now it's reported that other states aside from the Sunshine State are putting the screws to Verizon telecom because the service is frickin' horrible.

My story with Verizon telecom/broadband goes like this: I used to have three services with them; land-line, DSL internet and wireless phone. After I moved apartments I completely dropped the telecom/internet because Verizon completely bungled the move. Of course, they promote that when you move it's easy to transfer services. That's an outright lie. It's not easy. The entire reason it's difficult is because customer service will tell you things they simply can't deliver. You will encounter delays, outages, etc. It will happen.

When I switched apartments I literally moved about 100 yards away from where I was. I'm not kidding. And Verizon crashed and burned so badly on that order that I won't use them again.

My boss is on FIOS. At first it was nothing but frickin' awesome and I was envious. I'm not so envious now. Routinely he will encounter upstream throttling where my Brighthouse broadband service will outrun his on the upload. This should not happen when using fiber. Period. Yet it does. Oh sure, the downstream always rules the school, but there have been more than a few instances where his upstream just doesn't work like fiber is supposed to.

On my boss' most recent call to Verizon concerning his FIOS service, let's just say when I spoke to him about it he was swearing up a storm and had good reason to. He got NOWHERE with customer service and hung up in frustration. This is a very familiar story amongst Verizon telecom customers.

The plain fact of the matter is this: Verizon oversold their service and their network can't handle it - particularly with internet connectivity. Their infrastructure is too weak to handle the influx of traffic from selling so many accounts and they're being crushed under their own weight.

At this point it would (not "almost would", it would) be better if he ditched the fiber and went with a business-grade Brighthouse plan. Maybe it wouldn't be as fast, but then again there wouldn't be any wonky upsteam issues either. The guy makes his living via the internet and the absolute last thing he needs to be concerned with is the connectivity.

Yesterday I sold my Garmin StreetPilot c340. This is the first time I parted ways was a GPS unit.

Recently I came to the realization I really didn't need the c340 any longer. I have a c580 and relegated the c340 to being a backup unit which was the original intent. But I'm not the type of person to have something electronic and not use it and thought it is best to sell the unit while it still has some value.

It wasn't a difficult decision to sell the c340, but that GPS and me have been thru a lot. It got me from New England to Florida. And it helped me out a great deal learning the ins and outs of Tampa Bay.

I'll definitely be getting another Garmin GPS in the future. But right now my c580 does just fine and does all that I need it to do.