No matter how many times I authorized, deauthorized, auth'd again, deauth'd again, did the auth/deauth thing both on the Twitter and Facebook side to start "clean" each time, purposely used a browser with a cleared cache/cookies, and... no. Not working.

This is supposed to mean my tweets will be reposted to my Facebook fan page: 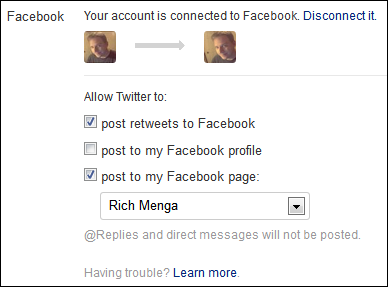 Everything is set up correct, but no worky.

So anyway, Twitter is auth'd to FB, and FB under the 'Resources' section of fan page admin is auth'd to Twitter. And, on FB the Twitter tab did appear... 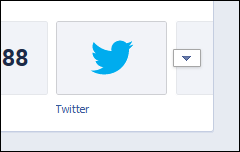 ...so it's confirmed installed correctly, not that that matters because it doesn't work.

Will it ever work? I have no idea. I'm just going to leave what's there as-is and if by some magic intervention it starts working, great. If not.. whatever. Maybe I'll try auth/deauth again in a few days. Facebook has its "moods", don'cha know...

I found something that (currently) posts from Twitter to FB correctly, Selective Twitter. It's not perfect and I have to add in #fb at the tail of anything I want to post from Twitter to FB, but hey, it works. 🙂

Guess it's back to using HootSuite, because at least I know that works.