Confessions of a documentary junkie 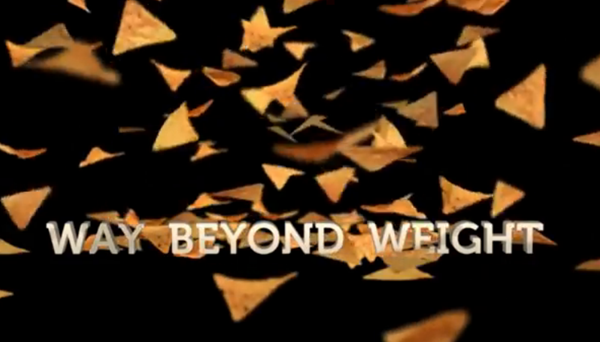 I probably watch more documentaries compared to most people. Or maybe I don't?

If I remember correctly, the first documentary I ever watched was Super Size Me, which by the way is a FANTASTIC film. And even though it's from 2004, believe me, it is still a very relevant flick even today.

The most recent documentaries I watched, both of which are on YouTube are Way Beyond Weight and THIN. The first deals with world obesity and the second is an older film, probably from the early 2000s, about a weight loss treatment facility (in Florida where I live, no less) for anorexic girls and women.

For whatever reason, I like documentaries about eating disorders and/or food. I don't know why, but I do. It's not that I'm a fat guy nor am I anorexic or bulimic. I just find the subject of food and food disorders fascinating.

Another type of documentary I like is anything to do with urban decay or post-industrial decay. In America, what happens is that some beautiful, pristine neighborhood is built, and over time it is slowly destroyed. Politics change, people change, big business leaves, and at the end of it all, that once-pristine neighborhood is a shell of its former self. Buildings are wrecked, parks are overgrown and not kept up, abandoned cars are sometimes seen, and so on.

One of the most recent urban decay documentaries I've watched is The Pruitt-Igoe Myth. It is incredible how much money went into that housing project, all wasted. Another is Stagnant Hope: Gary, Indiana, available to view on YouTube.

I know exactly the reason why I like documentaries like this. It's because I grew up in it. Not urban decay but the post-industrial flavor.

Killingly, Connecticut is where I was raised. And from the mid-1970s when I was born all the way up until the late 1990s, the area remained pretty much exactly the same. Industry moved out when I was a little kid, and those big, hulking brick mills stayed and were largely ignored for almost two full decades. I saw the busted windows, the caved-in ceilings, the graffiti, the abandoned old rusted machinery... I saw it all.

From what I understand, the town is in better shape now. A lot of those old mills were reconditioned and repurposed (such as for office space use.) Parks that were overgrown and neglected were cleaned up. Old decrepit buildings were torn down and new ones built. Big efforts were put into getting things looking better.

And another type of documentary I like to watch are ones I like to label the "system cheaters" type. One such example is On Benefits and Proud!, which can be found on YouTube. That's a documentary program on benefits receivers in the UK (commonly called "being on the dole" in those parts.)

I like watching documentaries on this subject and don't get mad when viewing them because I see them as educational. You get a real feel for what these people are like and how they've made living off the state their "job" for pretty much their whole lives.

Why do I watch documentaries so much?

I watch documentaries because they're real. Rarely do I watch new movies these days because what Hollywood is pushing out these days is junk that I can't enjoy. The storylines are bad, the acting is bad, the overuse of computer-generated everything is bad... it's all bad.

Documentaries aren't filled with Hollywood crap because they're not made in Hollywood. Many are made by filmmakers with very little budget who just want to tell a real story, and do. No special effects, no large camera crews, all story.

Are all documentaries good? No, of course not. But even the bad documentaries are still better than anything Hollywood makes these days.

On a final note, music documentaries are also damned good too. You watch for not only the music but also to get insight into the band members, the times they lived in, how the music business worked years ago and so on. All great stuff.