Pop's truck (2000 GMC Sonoma) had a hard time starting this morning. I took a look at it. From the way it was attempting to fire over, I could tell that the battery was failing. "Okay, no problem here, just buy another battery." I headed over to the car parts store and bought one.

I lifted the hood. The negative terminal was fine. The positive terminal had corrosion all over it. I figured that the corrosion would break when I took off the terminal from the battery.

That's not what happened.

This is what happened: 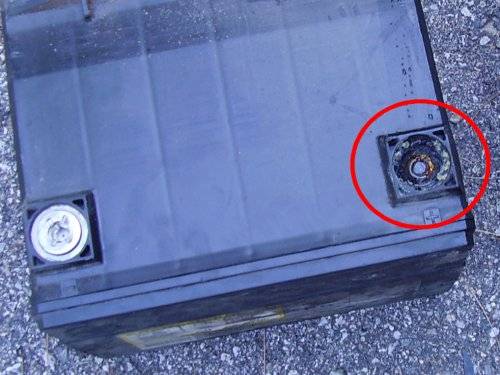 Your eyes do not deceive you. On attempt to take off the terminal from the battery, the whole assembly went with it. It appeared to be "fused" to the terminal itself.

For an hour, pop and I tried to break off the corroded part from the terminal with no success. After a while we headed back to the parts store and bought a new terminal, then headed back home again. On inspection, it looked like a wiring nightmare neither of us were equipped to deal with - so we couldn't remove the old terminal wire.

Being the genius that I am, I said to myself..

Okay.. maybe if I'm gentle enough I can tap/chisel the corroded part off. I'm left with no other options.

Success. After another hour of carefully tapping the corrosion with a flathead screwdriver and a hammer, I was able to break the screw from the corroded area. 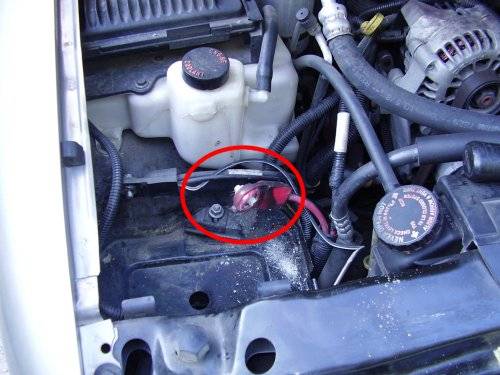 The little pile of dust you see is all the crap that came off the terminal itself.

After the screw broke loose, pop and I proceeded to use water and baking soda to clean off the terminal as best we could. The new battery was installed.

Fired right up, just like it should. Problem solved.

Here's a little souvenir, the busted piece that was on the old battery originally. 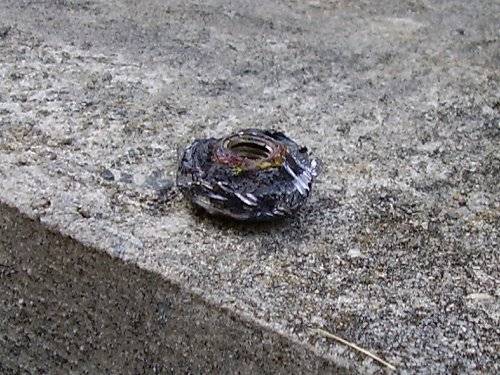