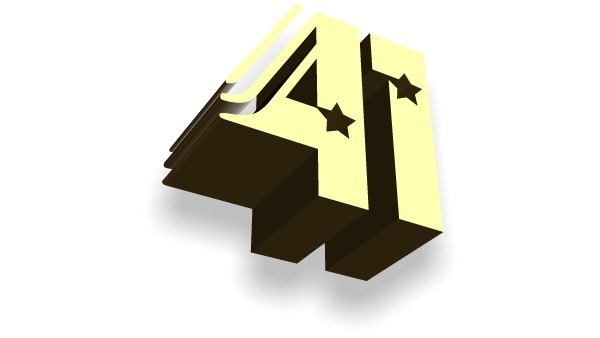 Yesterday, I turned 41. Here's how I feel about it.

The age of 40 is officially classified in the US as "middle age."

Officially, this is how age works by the numbers:

Middle age is the longest stretch of life unless one lives past 80 years old. It's 20 years long, and I'm officially in the second year of it.

Continuing to settle in being the "weird" over-40 skinny guy

Just before I turned 40, I decided to lose weight and keep it off, which is the exact opposite of what happens to most people my age.

It is a rare thing in America (and increasingly the world in general) to see slim people. It is especially rare to see anyone slim that's over 40. Don't believe me? Do some people watching the next time you're in a grocery or department store and see the fatness. It's everywhere.

I am slowly but surely getting more comfortable in my own skin. Being thin is something that just takes a while to get used to.

Continuing to enjoy old and alternative movies and TV

I can't name a single popular television show that's on right now. And the only new movie I've seen recently is Star Wars: The Force Awakens. Other than that, I pretty much watch all my stuff exclusively on Netflix or YouTube.

This is not to say I think all the stuff that was popular when I was a kid was great. For example, I loved Knight Rider, The A-Team and The Dukes of Hazzard when I was a kid. But now I can't stand to watch any of that stuff at all, simply because I outgrew it.

I would however get a kick out of watching, say, old Matlock episodes.

Getting totally comfortable shopping for clothes at the Goodwill

I don't make a lot of money, hence the reason I ask for donations. And I do a lot to save money where I can. One of them is shopping for clothes at my local Goodwill.

Here's the funny part. Some people think I have money because of the way I dress. I don't. But I do know how to buy the right clothes that actually fit me correctly.

You've heard the phrase "clothes make the man," and that's true. It doesn't matter where you get the clothes from as long as they look good.

I'll give you a simple example: Men's polo shirts. My local Goodwill has a ton of them, with most for under 5 bucks a shirt. At any other store, the same shirts would start at $15 and blaze up to $30 to $40 in a mall. Screw that.

Only last year did I start shopping in a Goodwill for the first time. Now I'm totally comfortable with it. Those who know shop at the Goodwill, and I've no shame in admitting I shop for clothes there.

The other place I go is Bealls Outlet for the one thing Goodwill usually doesn't have in my size, jeans. It's challenging for me to find jeans that fit correctly, but Bealls usually has them. They're also really good for dress slacks and other dress items like ties.

Getting totally comfortable dressing my age

Some middle-agers have a big fear of "dressing like an old guy." I don't, because I prefer to look civilized instead of some guy desperately trying to pretend he's still in his 20s.

I am not a master of style, but I do know a lot more about it than I used to.

Unofficially, these are the rules of dressing like a middle-aged man:

Whenever possible, never wear any clothes that have a visible logo on them. Adorning oneself in logos is something kids do that don't know any better.

When wearing t-shirts, crew only

Pocket tees look stupid because of the pocket. When wearing a tee for outdoor work or sport or whatever, ditch the pocket.

If you're fat, don't wear t-shirts at all unless you're working out to get thinner and/or going outside to mow the lawn.

The safest option here is to wear a watch with a metal case and metal bracelet. Specifically, stainless steel or titanium.

...but don't wear gold. Don't do it. Don't do two-tone either. Gold just looks cheap. Stick with stainless steel or titanium.

And don't do the smartwatch thing either. Those things just look so stupid.

Get a proper men's timepiece, even if it's a cheap one, and trust me, you will look better than other guys.

A lot of guys make the mistake of clashing brown with black, and it looks terrible.

The belt, socks and shoes should all be the same color. Always.

If wearing black shoes or all-black sneakers or shoes with black socks and a black belt, that also works.

If however the belt is black and the shoes are brown or vice versa, that looks stupid.

Jeans of a darker blue color look better because they more resemble dress pants. Over time, they also wear in and fade better as well.

Light wash jeans are young-people-only territory. They can get away with it. Middle-agers have no business wearing them.

If you prefer to wear light-colored pants, wear casual slacks.

More often than not, the man who wears a polo or button-down shirt almost always looks better than the guy wearing a t-shirt.

What happens when you dress the part?

You get called "sir" a lot in a good way. People also give you more respect and will hold doors open for you more often. It's one of those things where the way you dress sends out of the message of, "This guy might be a big deal, so I'd better act proper."

How do I know this? Because I remember extending the same courtesy for properly dressed men back when I was younger and still dressed like an idiot.

Getting comfortable being me

Being middle-aged is a relief of sorts, because it's totally past the point of trying to be "cool" or trying to pretend being someone you're not.

I have some miles on me now, so to speak. It's called life experience. No, I don't know everything about life, but I do know myself a lot better than I used to.