My take on Gibson's possible bankruptcy

I've received some emails from people asking my opinion on this, so here it is.

I'll say this first before anything else: Gibson will enter into a restructuring concerning its current financial woes.

When a company goes into restructuring, that doesn't automatically mean "going out of business." It means the company will make an attempt over a period of time (usually a few years) to restructure their debt so it's manageable. Nobody knows just yet if Gibson can pull this off. It may or may not involve bankruptcy.

What this means for now is that Gibson is going to stick around and isn't just going to up and die. It's not like the company will be put up for sale again like what happened in the 1980s.

How many buyers are left willing to spend over 3 grand for a production instrument?

Let's stay positive for the moment and say Gibson successfully gets out of the hole. 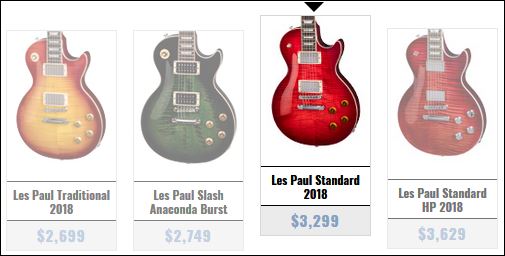 Let me repeat that so it really sinks in: Production instrument. Not custom shop. This is a guitar made in the thousands of units off an assembly line.

As time marches on, the number of people who have the money to buy something like this, and more importantly actually want to buy this, are dwindling.

How do I know? Go into any authorized Gibson guitar retailer and look at all the Les Pauls collecting dust on the wall. Not hard to find.

Yeah, I know that Gibson starts the USA Les Paul line at $989 for the Faded model. But that's not what LP fans want. They want either the Standard or the Traditional. Many pass on the Traditional because the guitar is just too heavy because it doesn't have a weight-relieved body. What's left after that? The Standard that sells for over 3 grand.

How many people do you know that have $3K in cash to buy the '18 LP Standard? Probably none.

How many people do you know that would be willing to take on new debt to finance a $3K guitar? Probably none.

...and they're not the largest generation in America anymore. Millennials took the top spot as biggest group in 2016.

Guess when my generation (Generation X) will surpass the boomers? As early as 2028.

Gibson is marketing their high-priced production trinkets to old, crusty dudes with disposable cash. They'd better rethink that if they want to stick around, because the boomers are getting fewer in number and dropping like flies.

Makes you wonder how long it's going to be before the floor drops and there's no more old dudes left to buy $3,000+ Gibson guitars.