Although I haven't been alive on this planet long enough to really justify saying this, unofficially it used to take 20 years before people can make jokes about national tragedies and have them actually be funny.

A 20-year-span is a generation of people. Those who are 20 years old after a humongous national tragedy occurred won't know a thing about its importance, and therefore will joke about it.

Here are a few examples of jokes from tragedies that are now funny:

Every December 7th I say this to at least a handful of people. The attack I'm referring to happened 68 years ago, or 33 years before I was born. Whenever I say it, I always get a chuckle in return.

Declaration of wars were a lot different back then. Lots of rules and paperwork involved. But at least you knew who the enemy was, which in this case was Japan. These days we can't stop watching enough of their crappy kid's television cartoons and consider them our best friends. And this is exactly why saying 'Happy Pearl Harbor Day!' is funny. Our mortal enemies now have all our kids brainwashed and playing Pokémon and Nintendo until their eyes bug out of their heads. Hm. Maybe the enemy really did win..? 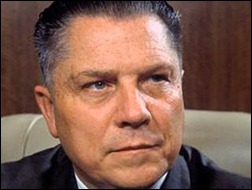 "You'll find Hoffa's body before you find your car keys at this rate!"

The disappearance of Jimmy Hoffa happened the same year I was born. I have seen many TV shows and movies make countless references to this in a joking way. I guess you could say that Hoffa disappearing wasn't exactly a tragedy, but it was national news at the time.

Hoffa jokes are completely irrelevant in today's age. I don't think there's anyone under 25 today who even knows who Hoffa is, so I don't use the "missing like Hoffa" joke anymore. 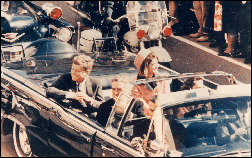 "Tell me something about yourself."
"I was the third gunman behind the grassy knoll."

This, of course, is a completely tasteless sarcastic remark in reference to the JFK assassination, particularly concentrating on the grassy knoll - something which sparks conspiracy theories aplenty (even today).

The reason the joke is funny is because the assassination took place 11 years before I was born, and the fact people are still talking about grassy knoll conspiracies but have gotten nowhere with them. Heck, I could say the 7-Eleven clerk was the third gunman and get away with it. 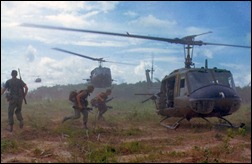 This is something that ended before I was born - by just months. The Vietnam War/Conflict/whatever (there's still debate as to what to call it even today) can be joked about today - mostly.

Gerald Ford (the US President at the time) gave a televised speech in April 1975 where he declared an end to the Vietnam War.

The Mayaguez Incident marked the last battle between the US and the enemy a month later in May 1975. After that it was all over.

To people 53 and over (you'll know why I picked that age in a moment), Vietnam to this day is a sour subject to talk about because it was a crappy war that came to a crappy end where absolutely nobody ended up happy.

Even though Vietnam's history with conflict goes way back (we're talking 116 years), the youngest possible surviving US soldier (18 years old) to have left in 1975 from the battleground would have been born in 1957, making him 53 today. That's not even retirement age.

What this basically means is that if you see someone over 50, don't crack any jokes about Vietnam. You'll get some seriously dirty looks and a strong talkin'-to about that.

I don't crack 'nam jokes because I know the pain still isn't gone from that way-too-long moment in history. However, "She was my gunner in 'nam" is a joke because she was born after the war ended, would be way too petite to be a Marine and a near-impossibility that she would have been a gunner on a chopper because the gun would have knocker her on her ass the moment she pulled the trigger. That in itself is funny, war aside. 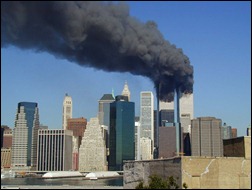 Yep, you knew this was coming, and this is the whole point of why I wrote this.

At this stage we're at point of "It's just another day on the calendar now but we still can't joke about it."

Chances are if you didn't see on TV or hear on the radio something about 9/11, you completely forgot about it. If you did, that doesn't make you a bad person.

The main difference between national tragedies prior to 9/11 is internet.

Because of internet, we have stuff like this (posted last year):

One of the many things internet has proven to me is that we sure as hell get over things a whole lot quicker. Certainly doesn't take 20 years to get over a big national tragedy anymore.