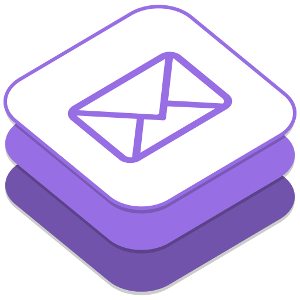 After a long absence, the newsletter makes a return.

For those of you that have been following me for a while, in 2013 I had a newsletter called Menga's Bullet (in reference to the Squier Bullet Strat guitar I had at the time.) That newsletter ran for 2 months and had 10 issues, then I stopped it.

There reason I stopped the newsletter originally was because the newsletter engine I was using just plain sucked. It was so awful that it annoyed me even to login to it. I don't even remember what the software was called, but it was bad. The interface was beyond terrible, certain email systems couldn't display the newsletter properly (even in plain text,) and like I said, it sucked.

I've now found a better newsletter engine. Way better. One that doesn't annoy me to use it, works like it's supposed and sends messages that display properly no matter what email system is being used.

The new newsletter will simply be called the menga.net newsletter. Issue #1 has not been released yet, so if you want to get in early and get the very first issue, sign up. It's free.

What will be in the weekly newsletter?

A lot of you who read my blog own a guitar or two or more. Chances are you probably never have the opportunity to show off your guitar to anyone. Now you can. The newsletter will contain a link to a form where you can submit photos of your guitar or recording gear for a feature spot in a future newsletter. If you have a band, you can include a link to the band's YouTube, Facebook or Twitter page for more free exposure.

Yes, I said free. There is no charge to get a feature spot.

Whether I keep the weekly feature depends on how many participate, which is why I put a "maybe" above.

Head on over to the signup page so you can get issue #1 when it is released.