Techies and nerds are hating Yahoo something awful right now because they're canning a bunch of services in 2011, and will be firing almost 4% of the company (but not without having to shell out close to $40 million in severance).

For those wondering if Yahoo Mail is going to get the axe, that would be a no because it's one of their highest revenue-generators and commands 43% of all their site traffic according to Alexa. 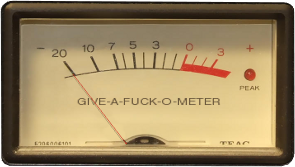 The only product I use from Yahoo is Yahoo Mail. As noted above, that product is sticking around and Yahoo generally cares about it. If that service breaks, I'm covered because my mail is in four places (Yahoo, Dropbox and my two computers that sync to Dropbox); I would do this regardless of which mail provider I used because my trust in webmail, as in all-on-the-web mail, was lost a while ago. Why am I still using webmail then? Accessibility. I primarily handle mail with a client on my desktop, but I have web access on my netbook when I need it.

Concerning the products Yahoo is dropping in 2011, I really don't care because I don't use them, nobody I know uses them and the audience I pro-blog for doesn't use them either.

As far as the issue of "Is Yahoo relevant" or more specifically "Is Yahoo losing relevance", if the big Y truly wasn't relevant, nobody would be talking about them. Every time they're mentioned, whether in good or bad light, that makes them relevant. Relevant to what? The internet, of course.