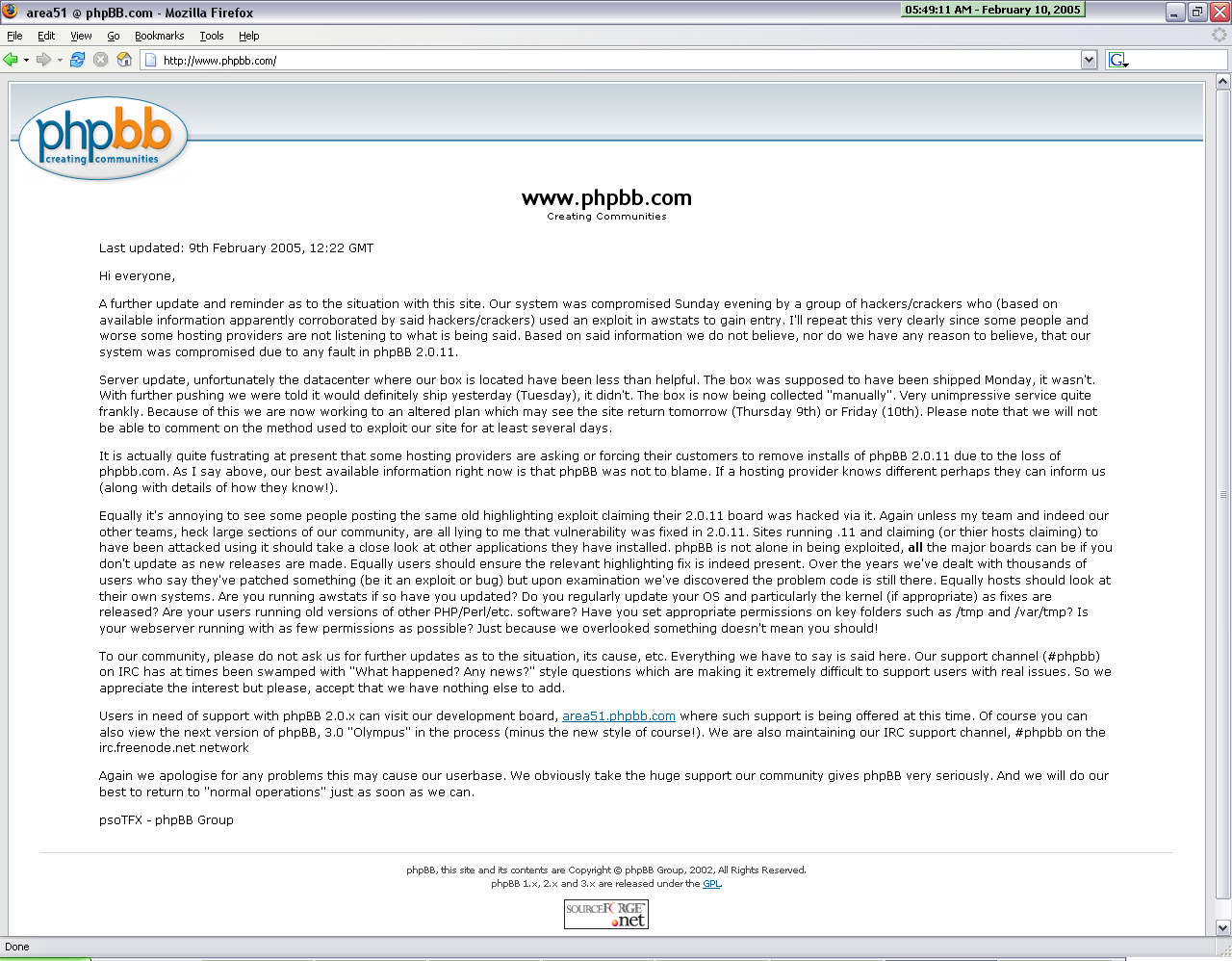 A long-time running forum software web site, phpBB got hacked on Sunday according to their site. They state it was an exploit in the AWSTATS software that allowed the breach to occur.

Evidently this sent some shockwaves through the web hosting community as several providers pulled phpBB right off their site as soon as this happened, according to phpBB themselves.

phpBB states bluntly that "..we do not believe, nor do we have any reason to believe, that our system was compromised due to any fault in phpBB 2.0.11." Whether or not this is true is left for you to decide, but in defense of phpBB, the last major exploit was a problem with PHP itself, not phpBB. Personally speaking, if phpBB immediately releases a new patch when the site goes back up, this would confirm there was a problem with the existing software. If they don't, then their claim of "it wasn't our softwares fault" will be true - but that's just my opinion.

We'll see how this one fares out I guess.