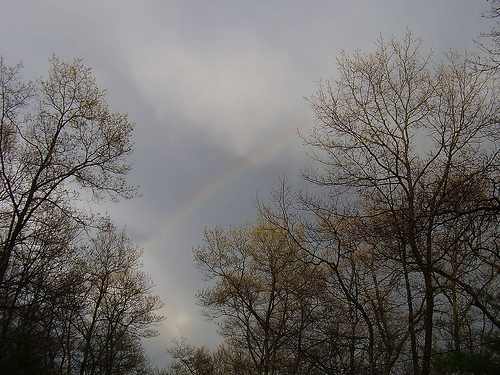 A quick lightning storm came by, which resulted in a rainbow. Shot taken in front of my house about 20 minutes ago.