saving the streetpilot i3 and other stuff about obsolete technology 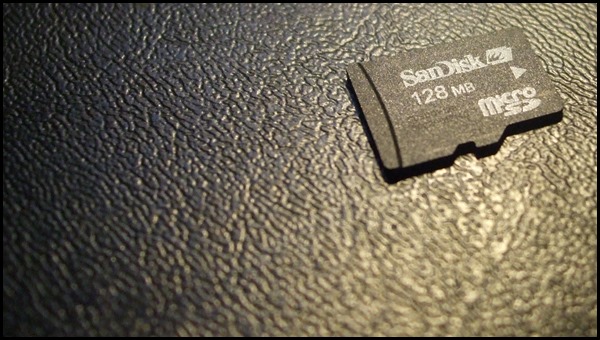 The first GPS nav device I ever bought was a Garmin StreetPilot i3. I paid $400 for the thing back in 2005. Yes, really. I also still own it and recently "rebuilt" the thing.

For my birthday this year I asked a family member to get me a replacement StreetPilot i3. Used, of course. It arrived, but the rolling wheel you use to navigate menus with on it did not work correctly. So I took the good parts off the replacement i3 and installed them to my original i3. The busted stuff on my original was that the front cover was cracked (and in fact cracked right apart when I removed it,) and the battery door had a plastic piece that broke off. Both those things were replaced by taking them off the replacement i3.

My original i3 has a busted USB port, however this isn't an issue because the firmware has already been updated to the last version available, and the fact that in the event I have to update maps, I can just pop out the microSD card, put that in an SD enclosure and pop it in my laptop to do that stuff.

Why do I still own an i3 as I have a modern Garmin nuvi model? Two reasons. First, it's one of the very rare GPS devices that can run off nothing but two AA batteries, and second that it's my backup GPS in case my nuvi fails for whatever reason.

The i3 originally shipped new with a 128MB microSD card. And it just so happens my replacement i3 came with one of those. I took a photo of it and that's what you see above.

I remember when having 128MB on a tiny card about the size of your thumbnail was considered pretty good. But these days anything under 8GB of storage capacity is considered small. And I'm sure that soon enough anything under 32GB of storage will be considered small. Anyway, I took a photo of that little 128MB card because seriously, how often do you see one of them in that good of a condition? Not often at all, really, because most by this point had their contacts ruined due to natural aging or were just chucked in the trash.

Here's something that will make you realize time has passed. That 128MB card is the original that came with the unit, meaning it was manufactured in 2005. Yep, it's 8 years old.

What will I do with that card? Well, I had an extra full-size SD enclosure that holds microSD cards, so I put it in that, and... yeah. Don't know what else to do with it.

It's so weird now seeing a storage device connected with a capacity so small...

That "K" drive right next to it is my 8GB USB pendrive, and above that "X" drive is my 500GB external hard drive.

Just for grins I did an Amazon search for 128MB microSD just to see what would show up. Not much there. And not much on eBay either.

I do find it interesting that as technology progresses and flash storage gets cheaper, the more difficult it is to find low-capacity flash storage.

I can tell you two instances where low-capacity is actually required.

Several vintage (or what's now considered vintage) PCs and laptops with early incarnations of USB from the late 1990s and early 2000s will not recognize any USB storage device over 1GB in size. So if you chuck in a 4GB pendrive into certain older laptops running Windows 98 for example, the device simply won't be recognized even with the appropriate drivers.

Many devices from the 2000s won't recognize anything over 2GB. My StreetPilot i3 is an example of this as it only has a maximum support of 2GB for a microSD card and no more. The card I have in it now is 2GB, which currently is enough to fit all the map data I need in it. But once a map update comes across where it goes beyond that limit, there is literally no way to upgrade it any further.

Speaking of GPS in particular, if you wanted "the whole world" for map data, it's required to have at least 4GB of storage or possibly even 8GB by now.

There are only 4 types of computer users that actually need big storage. Pro video editors who edit 1080p video on a regular basis, pro photographers who use nothing but RAW format uncompressed images, gamers (because PC games these days are bloated beyond belief,) and people who illegally download HD-quality movies who need terabytes of space to store it all.

Audio editing, even if you use nothing but uncompressed WAV files (which you should anyway,) doesn't require more than 15GB of space at the most because you can get somewhere in the neighborhood of 1,000 minutes of recording time with that.

Heck, I have 8GB of storage in my DP-008, recorded a lot of audio with it so far and still have tons of recording time left: 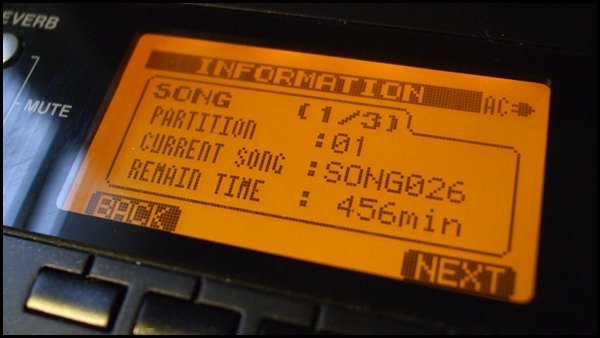 ...so that whole thing about "you need tons of space to record audio" is just total nonsense. Before the DP-008 I was doing the multi-track thing with software, recorded a bunch of stuff with that and it took a long time to record so much that the data size of all the stuff put together was actually significant.

People see big numbers for big storage and think they need it. Nope, not necessary, and hasn't been for a good long while now.

Three specific events proved to me that most people don't need big storage.

First was with Windows 7, which in fact has a very small footprint. Microsoft learned from Vista that you didn't need to include a bunch of crap in an OS that nobody needs, and shimmed it down quite a bit with 7 and on into Win8. Apple did the same thing by the way since OS X Leopard. The Leopard release was when Apple seriously downsized the OS footprint, resulting in a better, faster environment.

Second was the solid-state drive or SSD for short. Many computer users dumped their hard drive drives for SSD because speed was more important than big storage.

Third was social media photo sharing on Facebook and Twitter. "High quality" photos on both those sites are 2-megapixel, and even if you attempt to upload something bigger, both places will still resize down to 2 MP anyway, so there's really no point in uploading big-size photos there in the first place. Maybe on Flickr stuff like that counts, but not on social sites (as if anyone could tell the difference between a 2 MP and a 20 MP photo when viewed on a smartphone screen.)

Incidentally, to this day I use a FujiFilm A820 digital camera and "only" have a 2GB card in it. That cam does 8.3 MP. With the 2GB card I can store close to 500 photos taking photos at maximum quality settings. I used to have a 4GB card in it which allowed me to store almost 1,000 photos, but once I realized I could use that card for storing other things, I had a 2GB card and stuck that in the cam instead. Why? Because it takes me a good long time to fill up the cam with 500 photos, never mind 1,000.

Just for kicks I popped in the 128MB card in the cam to see how many photos could be stored with storage that small. I figured while I was writing this up I might as well list all the quality settings the cam has and how much 128MB could store just for fun, listed from highest to lowest quality:

If found this to be interesting, because this means "Facebook quality" photos, which is 2 MP, means I could get almost 200 photos out of just 128MB. Funny how that works, isn't it?

Eventually, Facebook will (if they haven't already to some degree) introduce high-quality photo storing capability of 4 to 8 or even 10 MP photos in the future. But for the time being, 2 MP is as far as I know the maximum quality you can post to Facebook.

Now you know why I have "only" a 2GB card in my digital camera.

What's considered a "good" point-and-shoot is something like the Canon PowerShot SX150. 14.1 MP, wide angle lens, etc. Good stuff. You can capture 4320x3240 images out of that, but it's not like you'll be able to share them at that resolution anywhere. And besides which, whom do you know that has a monitor with a resolution that high? Nobody, that's who. Most people are either using 1366x768 laptop screens or 1920x1080 on the desktop. Yeah, there are guys with desktop monitors that have 2000+ pixels across, but certainly not over 4,000.

The highest resolution for a desktop monitor you can buy right now is 2560x1600, such as the Dell UltraSharp U3011. If you actually wanted to see the full native resolution of a 4320x3240 image, you'd have to buy six of those monitors just to see it (don't forget the vertical res!)

The entire reason I have not bought a new digital camera in years is because nobody can see the full res of the images I take. The max res of my OLD cam is 3296x2472, which of course has a res higher than the highest-res monitor you could even buy right now.

It's like I said, very few people actually need big storage. Instead, people should just take into account what they actually need to get the job done whether it's for photos or audio or whatever. Once you do that, the lust for terabytes of storage goes away real quick. 🙂