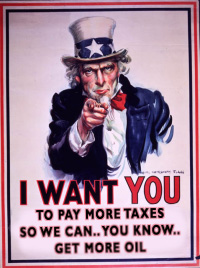 Happy Independence Day to everyone. Yeah, I know, the image.. well, it's my little way of making social commentary on current events. 😉 This is about as political as I will get on my own web site because I can't stand politics.

I did not see any fireworks because of Pop is still in healing mode. No, I am not complaining. There will always be next year. It is more important that his foot heals properly before any other consideration.

Sometime today I will be heading back to Tampa. The roads should be mostly clear but I will still be careful nonetheless on the drive home.

I asked Pop earlier what he thinks of Inverness and Florida in general. Some interesting discussion came out of that.

Pop moved to literally save himself from being taxed to death. Had he stayed in Dayville Connecticut he would have been taxed out of existence. It seemed that every four months taxes for homeowners were raised again and again with no end in sight. A $525 a month mortgage turned into $800. Same mortgage. Different (higher) taxes in a very short period of time. It's enough to put anyone into sticker shock. This is why there were (and still are) "for sale" signs sprouting up in front of many homes in the Town of Killingly.

I do not want to end up like Pop did in Dayville. Granted, he was able to bail out of there in time and is okay now, but the fact he had to leave really bothered me. He was forced to go. The family didn't make him leave. He has no ememies. It was the town all bent on putting taxes through the roof that made him go.

The whole experience spoke volumes to me. Aside from Northeastern Connecticut there are many towns across the United States that literally hate seniors. The reason they hate seniors is because they do not provide any income to the town. Most of them have houses that are paid, live on a fixed income and live quietly in retirement. They do not buy anything. They do not build anything. After a while, the town then magically runs out of money somehow and then taxes are raised. Then they're raised again. And again. Finally, the seniors are forced to leave allowing younger people to come in, accept the taxes as they are, work, and buy things to contribute to the local economy.

Florida doesn't have this problem because this is a humongous tourist state. People come here all the time on vacation all year round. Local businesses do well because of this. There are plenty of buyers both young and old. Additionally there isn't a lot of "down time" since this is a subtropical region (the weather is good almost all the time). You would not believe how many transplants live here. Young people like myself came down here for jobs (of which there are plenty). Seniors come here to escape the tax incubus that plagues the northeast and continues to do so.

Even with the financial freedoms enjoyed here, don't think for a second I'm going to rest on my laurels. I full well intend to agressively attack my bills, get them paid, buy a house and get that paid as quickly as possible.

With that said, Independence Day has great meaning for me this year. I have the freedom to live where I choose. I didn't like where I was, so I moved here where I continue on my pursuit of happiness. To me, that's part of exercising your rights as an American. Some people only dwell on the freedoms we "lost", but I'm concentrating on the ones I have.

This is a great country. I love the USA.