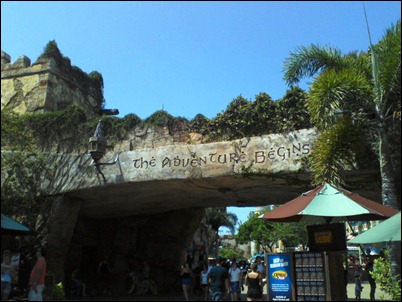 My sister and I decided to go to Islands of Adventure again as our way of therapy concerning our father's death, as he did make it very clear to both of us that he wanted sis and I to stay talking, keep in touch and do the whole family thing for what's left of it. We have, and will continue to do so.

Compared to how most people go through an amusement park, sis and I do it different in the respect we go into what we call "mission mode". This means a lot of fast walking and a go-go-GO type of attitude when going through the place - and we wouldn't have it any other way.

Not much about the park has changed since the last time I went - save for The Wizarding World of Harry Potter which is new. And yes, it's awesome. All of it.

Here's a few photos of that: 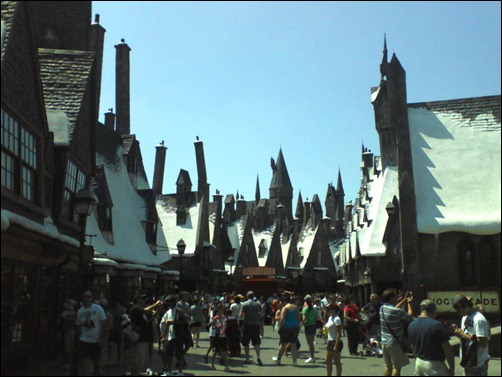 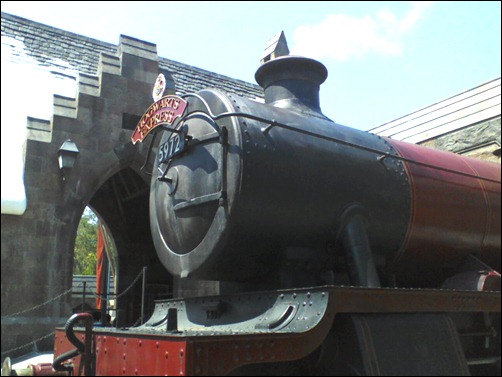 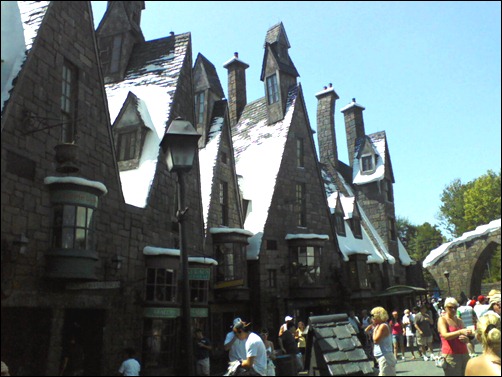 Yes, it is just like being in the movie. Very cool experience.

Other stuff that happened while there

Something new that wasn't there the last time we went is that the lockers you store stuff in are now open and closed via fingerprint. You go to the touchscreen, 'Start', put your finger on the sensor, it records the image, assigns you a locker number and that locker lights up. Definitely different.

Kid that sprayed water at me

Before going on one of the coaster rides, sis and I decided to stop and tighten our shoelaces so we wouldn't lose our shoes (which can happen on a 'dangle' coaster). While I was crouching down, a kid not more than 3 years old clopped up to me with one of those little fan/squirter things and started spraying me. No, I wasn't mad and it was cute. It was a really hot day anyway. Maybe the kid thought I needed to be sprayed down or something, who knows.

We can still do it

A concern both my sister and I had was whether our health was in good enough shape to be thrown around by roller coasters.

The deal is that when you're in your mid-30s, you start getting concerned about this stuff. Thoughts enter the mind like "Will I pass out?", "Will I get dizzy?", "Will I be in pain?" and the like because, well, things change after 30.

In the end however, you say "screw it" and do it anyway because you'll know after the ride whether or not it was a good idea.

As it turns out, both sis and I are still able to rock the high-energy rides with the best of them. Only two caused us any dizziness. The first was Harry Potter and The Forbidden Journey - but that was only because it was our first ride of the day. The second was The Incredible Hulk coaster. On the Hulk coaster, you go from 0-to-40mph in two seconds, then reach a top speed of 67mph. Believe me, that's fast. Really fast. So fast that your eyelids start fluttering.

All the other high-energy rides we did were breezed through with no problem - particularly Dragon Challenge (formerly Dueling Dragons). I knew this time around NOT to go on the blue coaster and do the gold one instead, because I know from experience that side is better-tuned. The blue side for whatever reason really jolts you around in an uncomfortable way, but not the gold side. On the gold, you get an awesome fast ride with a much smoother coaster experience. This is not to say I can't handle the blue side, because I can, but it's just not a good coaster experience on the blue.

I owe my sister a visit in New England. I was able to play tour guide here in Florida and she wants the opportunity to do the same in Boston. What will I do there? Easy answer. Quincy/South Market and Boston Duck Tours. Maybe even the Museum of Science because I haven't been there in forever.