Per a discussion I had on the phone with a friend recently, she said there were new condos built in the tiny town I used to live in.

This confused me. Although she tried to explain where exactly these buildings were, I couldn't really picture the exact location until I looked at some aerial photos.

But before I get into that..

A Wendy's, yes, a Wendy's, closed in Tampa. Unbelievable. How can a major fast-food chain have a store close in the metro area of Tampa?

Here's a photo of where it used to be. 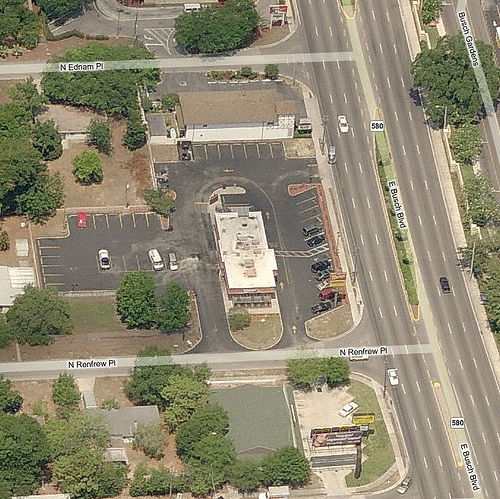 There's now a "for lease" sign on the building. If I have the chance I'll snap a photo of it. The reason I think this is crazy is because I ate here a few times. And now it's gone.

Here's a shot of the new buildings being constructed at the stomping grounds. 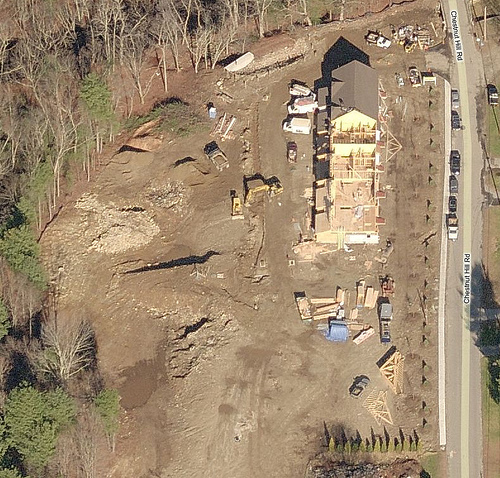 On this property used to be a big abandoned warehouse and a crazy old dude who had cords and cords of wood scattered throughout the property. He never burnt the wood during the winter. It just.. well.. stayed there. But it's all gone now. From what I understand the condos are already built and operational.

Here's the biggest thing to happen to Dayville Connecticut in about 25 years:

Yes it looks like a huge pile of dirt but that's not the case anymore. A shopping center is being built there. There's already a Lowe's and several other stores are being put in as well.

This property is the old Anchor Glass plant which closed decades ago. Absolutely nothing happened to the property during the time it sat. The only thing that was added were concrete barriers to keep kids racing around the property with their cars.

Whenever the time comes that I visit the stomping grounds, this will be the property that will blow me away. To have business like this in this corner of the nutmeg state is unheard of...

...assuming it's still there when I visit.

The reason I say that is because I got word from Pop that yet another person he knows is about to move away from the stomping grounds. To where? Florida, of course. 🙂