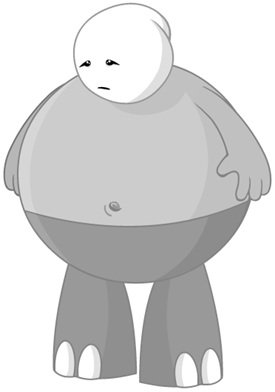 As of 9/10/2010, Nirvana's Smells Like Teen Spirit is officially 19 years old. Ordinarily this would be yet another instance of something that reminds me how old I am, but this one doesn't bother me all that much. Why? Because "grunge" is something I'm glad is gone and stayed gone.

Popular music basically revolves in a two-generation cycle. This means whatever was popular two generations ago will be popular today, because if you reintroduce something right around that mark, both the kids and adults buy more music; that's the way it works.

This is, incidentally, why my hard rock/metal YouTube videos get the most commentary because as far as metal is concerned, it's 1985 all over again. But I digress.

Grunge comes from the word grungy. Everybody loves shortening of words for basically no reason, such as glamorous being reduced to glam, so grunge fit the bill for what that style of music is. After that it became a short-lived style which is best described as "poor college kid who shops at thrift stores and hasn't washed their clothes in a week".

I will give credit where credit's due - Nevermind was a perfect album. Every song on there was produced well and sounded right the first time. It's well known that the band hated the sound of the album because it sounded "too good" and wanted a more raw punky sound, but thank God they lost that argument.

One word can basically describe grunge, 90s style and 90s attitude all in one shot:

Also, the cartoon character you see in this bloggo is what I believe to be a perfect mascot for the 90s that goes right along with meh.

I was a teen from 1990 to 1994. It was a time when absolutely nobody knew what the hell was going on with anything. Every established standard concerning music, clothes and overall lifestyle completely went in the crapper - but not for something new and better. Now of course there are people who are the "down with establishment" types, but even they knew grunge wasn't what we were looking for.

The attitude was somewhere along the lines of, "The 80s are over. Nobody has any money. I can't afford new clothes. Music sucks. I can't get a job because there are none. Screw it."

The 90s didn't start getting better until - you guessed it - Internet. And that didn't happen until the very-late end of the decade. Better late than never, I suppose.

I did like a good amount of the music that came from the grunge era, but it was the style and attitudes I hated. Everyone was all smiles in the 80s and then all frowns in the 90s because it was "cool". No, not "cool", you moron.

I'm glad grunge is dead and stayed dead, because other than the tunes there was absolutely no redeeming qualities about it whatsoever.