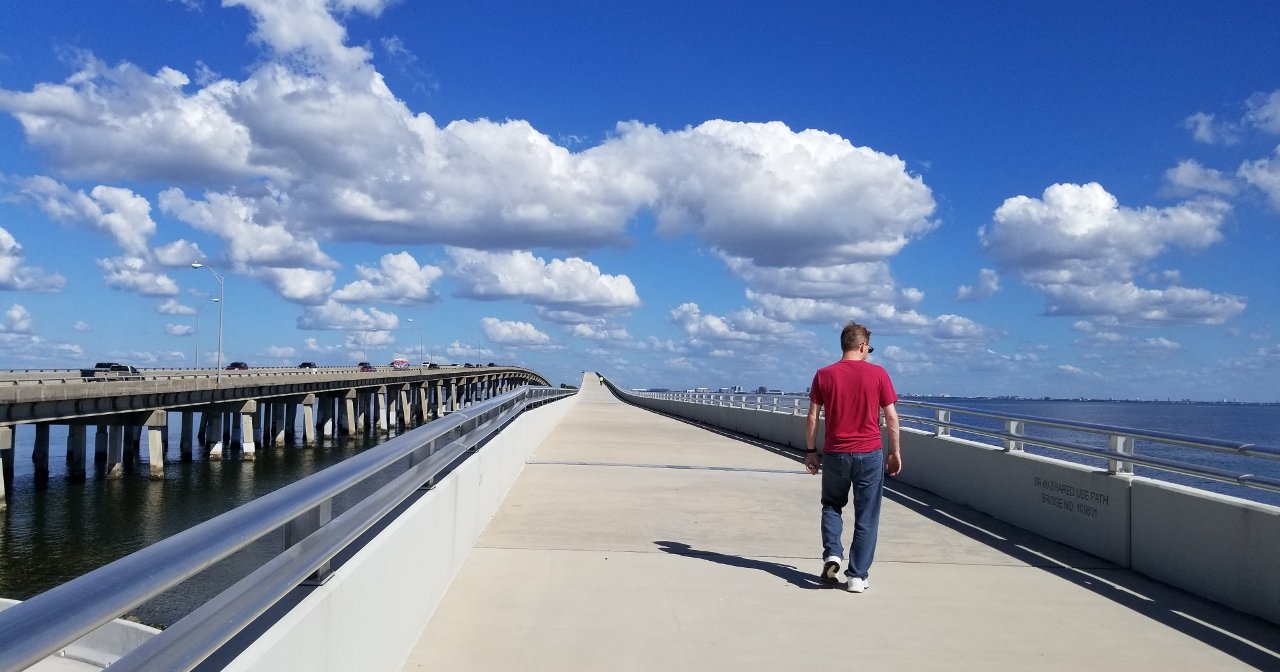 Those of you that receive the newsletter got this info early, but now I'm making the official announcement here - I'm moving to Texas. I'll be moving near the Plano area, and if you don't know where that is, the biggest major city near Plano is Dallas.

There was a time when I honestly thought I'd never be leaving Florida, but that's changed. Texas will be my new home.

In the newsletter, I talked about how much the music scene (or rather lack thereof) in Florida sucks, but for here I'm going to talk about my other thoughts about The Sunshine State and why I'm moving to The Lone Star State.

I moved here originally for basically one reason. It wasn't New England. And in that respect, Florida suited me nicely. However, no matter how much love I gave Florida, it just didn't love me back.

As fate would have it, I found love in Texas, and that's why I'm leaving Florida.

This isn't to say I hate Florida, because I don't. But the universe was telling me loudly to leave, so I am, and doing it with a clear conscience.

Will I miss Florida?

I did spend almost 13 years of my life in Florida, so yes, some things I will miss.

What I'll miss the most is my familiarity with the Tampa Bay area. When you live somewhere for a significant period of time, you get to know where things are, how things are done, where to get the best deals on things, and so on. Good familiarity is a level of comfort that's nice to have.

However, even with that familiarity, I never really developed a connection to Florida. I was here, just existing, and not really making much headway to where I wanted to be. And for each time I thought I was doing well and getting closer to my goals, something would happen and I'd go right back to square one again. So sure, I knew the area, but it really didn't serve me well. While being familiar with Tampa Bay felt comfortable, it wasn't enough to really make me truly happy.

I'll say first that I genuinely believe Floridians are good people. And I know it is absolutely not the fault of Floridians for the things that suck in The Sunshine State.

If you're thinking about moving to Florida, these are the things that are known to be true:

There's more, but I think that gives you an idea of some of the bad stuff in Florida.

Again, I don't hate Florida. But I'm well aware of the things that suck about it.

Will I be happy in Texas?

Yes. I'm all Florida'd out. I tried my best here and things didn't work even though I gave it my all. Then I found love in Texas, so that's where I'm going.

I mentioned things known to be true about Florida.

Here's something known to be true about Texas, and it's something that genuinely amazes me:

I searched the internet very specifically to find complaints from Texas residents about their state. And there really weren't many. Texans, generally speaking, are happy people. Not only are they happy, but also fiercely proud of Texas...

...and that truly gave me pause, because there are not many states in the union like that. Texas is one of the very few states where most of its residents will say, "Yeah, I love it here and don't want to be anywhere else."

I'm not saying that Texas life is perfect, because no state can claim that.

But it will sure be nice to live in a place where people actually want to be there. That gives me confidence that I'm doing the right thing by leaving The Sunshine State for The Lone Star State.

Time will tell if this decision to move to Texas is correct. I'm confident it is.