I opened the door to my apartment and a tiny gecko scurried inside by mistake. I had to follow him around for a bit, then captured him using the plastic cup I use for my fish when cleaning his tank. 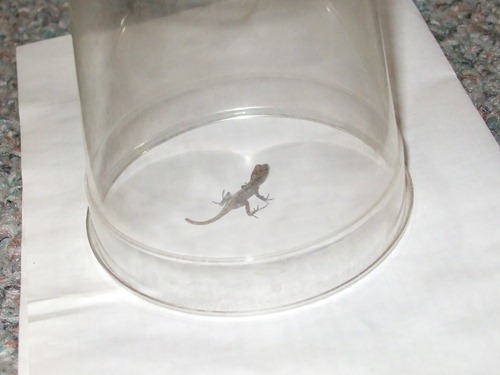 Tiny little guy, that's for sure. He was barely half the length of my thumb. I'm happy I caught him because he could have easily been stepped on.

I set him free shortly after I took this pic.