my experience with home hair cutting 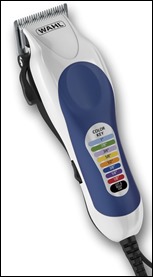 Even if I were a millionaire, I'd still cut hair at home myself.

Above is arguably the best low-end hair trimmer for sale, the Wahl 79300-400 Color Pro. It's basically the best hair trimmer you can buy for under $25. However, this isn't about the trimmer but rather the experience of cutting hair at home, so let's get right into that.

I have not had good experiences with barbers in Tampa Bay Florida, except for the last one. The last barber I had was a woman, probably in her late 40s or early 50s, and she did awesome cuts. Her small shop was also really close to where I live. Why did I stop going to her? Because she had to close shop due to a rent dispute with the guy she was renting shop space from (she explained the situation to me a few weeks before she had to close her doors.)

After she left, my only option was to go back to the previous barber I used to go to. I wasn't about to do that since he did bad cuts, so I grabbed the trimmers and decided to cut my own hair instead.

I've done 5 cuts so far. The first one didn't work out well and I just buzzed my head. The second one was a little better. The third was great. The fourth was not-so great. But the fifth was another good one and I think I'm getting the hang of it now.

The only kind of cut I do is what's called a crew cut; it's a simple, easy cut, but it amazes me how barbers here screw it up so bad. This kind of cut only takes about 10 minutes, and no scissors are required since all you need is the trimmer. The only reason I screwed it up a few times is because I can't see the back of my head, but am at the point now where I can now "cut blind" and be fairly successful with it.

That trimmer I mentioned above? It comes with a little manual that tells you exactly how to do a cut like that, along with several others. Not a difficult thing to do. Practice is required, but still, not difficult.

What I've learned from cutting my own hair

A men's haircut around these parts will be about $15 including proper tip. But when you add in the fuel cost, it can bump up to $20 depending on how far you have to drive. One haircut a month can end up being costing $250 a year easily.

Yes, that means a trimmer will pay for itself in just 2 haircuts.

I don't do weekly haircuts, but I may do bi-weekly once I get good enough at it.

Some guys do get a haircut once a week. And if it's $20 spent each time that happens including tip, that is - get ready for this - over $1,000 worth of haircuts for a year.

Yeah, it gets costly real quick.

I can immediately fix problems if I find any

A few years back I went to a salon to get a cut. It was $18. When I got home and examined the back of my head, the girl who cut my hair messed it up bad. Really bad. I had to go to another barber that day just to get it done right, and it still wasn't 100% correct. I spent almost $40 that day for 2 crappy cuts. What a waste of money.

By cutting my own hair, if I screw up, I can fix it on the spot and fast.

The disappearing act of barbers for men

One thing I'm fairly certain is true is that the thing known as a men's barbershop is all but gone these days.

A traditional men's barbershop is exactly what you think it is - a place for men and men alone to get their hair cut. Good luck finding one, because you'll need it.

Modern haircut places are labeled as salons or family places. Both these kinds of shops try to hock membership cards and other crap that you didn't ask for. All you want to do is go in there, get a cut, pay, and leave. But it's never that simple. You either have to deal with cackling women getting their hair done in the background, or noisy kids stomping around that won't shut up. It's a nightmare.

There are many men that said to hell with the barber and just cut their own hair instead, and I'm one of them. Being it's so difficult to find someone that actually knows how to cut men's hair correctly, much less locate an actual real men's barbershop that feels comfortable to go to, the only option left is to cut your hair yourself.